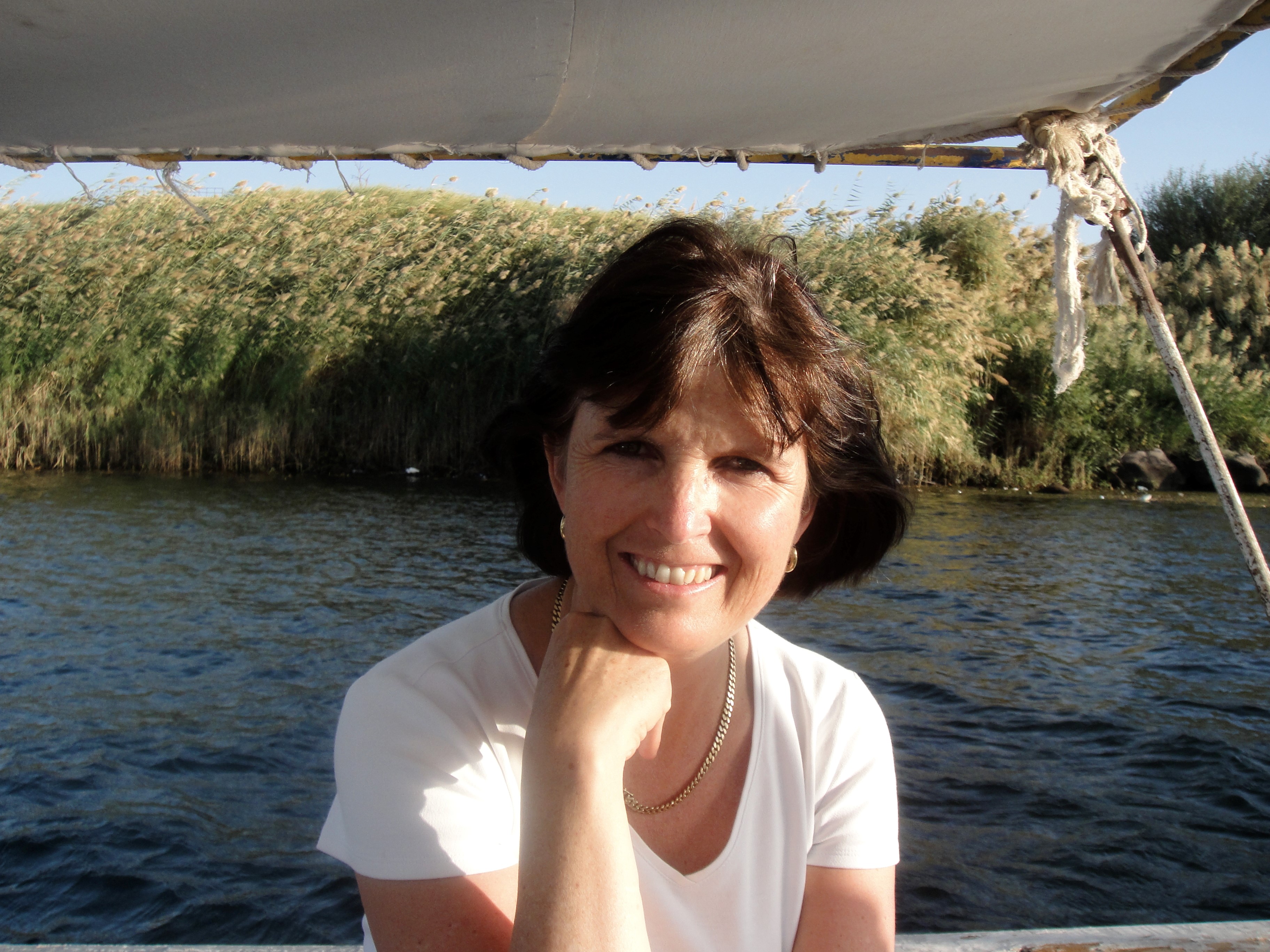 To commemorate the event, we interviewed Marta Pizano, a flori- and horticultural consultant, Co-Chair of the Methyl Bromide Technical Options Committee (MBTOC) since 2005, and Co-Chair of the Technology and Environmental Assessment Panel (TEAP) to the Montreal Protocol since 2010, who told us “It encourages me greatly to see many more women in science overall and particularly in my own field. I want to inspire and encourage both girls and boys to pursue science as a career rather than more profitable or ‘mundane’ options.“

“To young women in science: do not give up. You will encounter hurdles, but there is increasingly more support and opportunity.“

What drew you to science rather than more traditionally accepted societal roles for women? 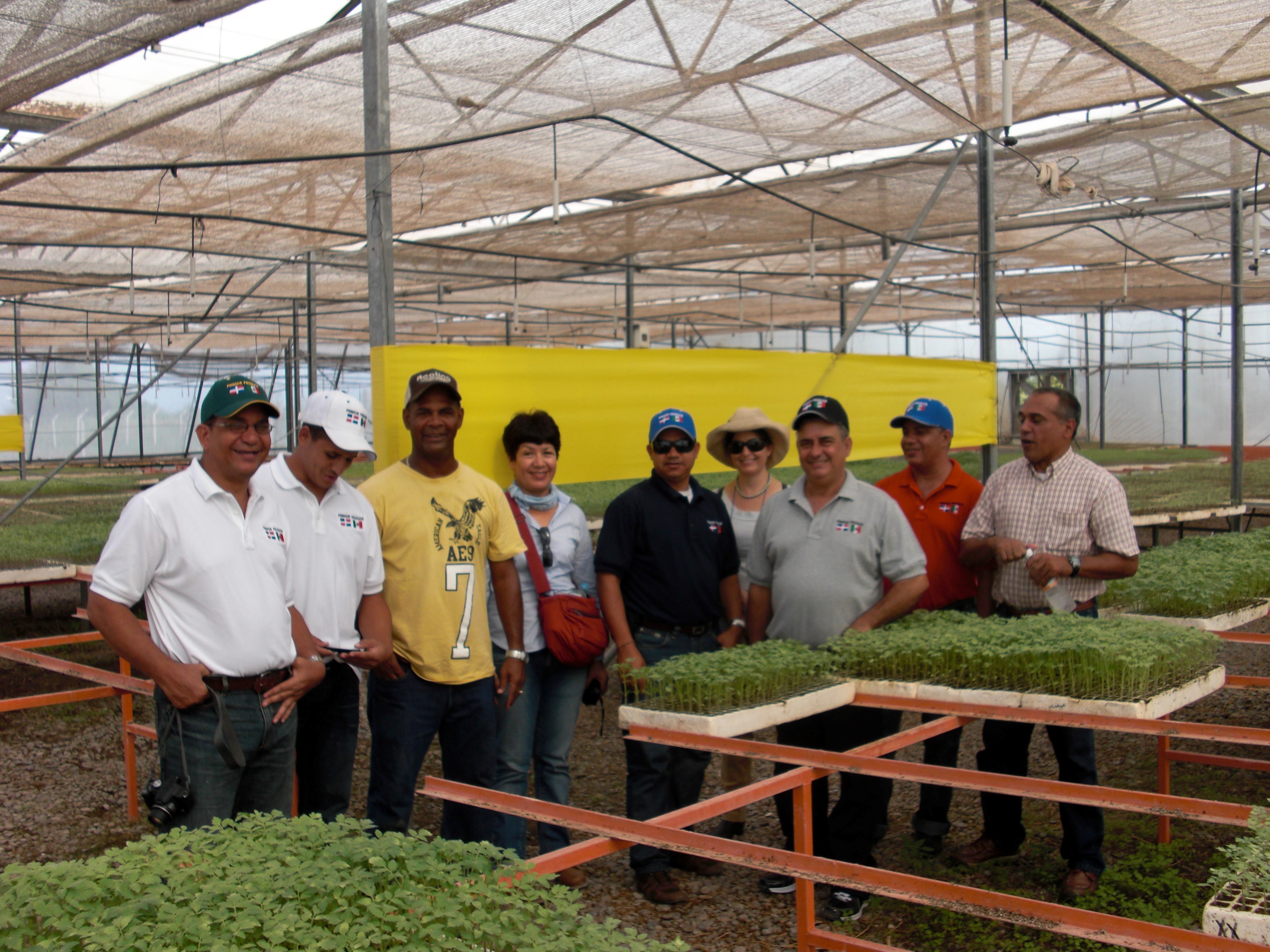 Marta Pizano (back row, on the right), during a study tour with tomato growers from the Dominican Republic, visiting a large grower/ exporter in the north of Mexico who replaced soil fumigation with methyl bromide by using tomato plants grafted onto pest resistant rootstocks.

I was blessed with a family environment that involved lots of contact with nature and the outdoors. I was a very curious child - particularly in relation to living things. My parents always encouraged this interest. I spent lots of time at a farm as a child, surrounded by plants and animals. My mother loved nature, especially trees and plants overall. Well into my youth, I was fortunate to take many long walks with her through beautiful forests and other fantastic places in Colombia which inspired me immensely. My father was a scholar and he helped me develop critical thinking, finding the information I wanted, and encouraged me to read from a very early age. Naturally I chose biology for my Bachelors degree and I continued with plant pathology in graduate school. My love for nature is as strong as ever - I try and get out to the countryside whenever I can around Colombia and other countries, often with all my family.

What were the two main obstacles you encountered in your career as a woman and how did you overcome them?

Especially at the beginning, as a young professional working in Colombia, I sometimes found it difficult to get my point across; to make my voice heard. It seemed people would only listen if someone more senior reinforced what I had said, which was more often a man, and I would l not get full credit! Over the years, as I developed my career, things improved, especially as I embarked on an international career as a consultant for the Montreal Protocol and a member of its panels (TEAP and MBTOC). This has required hard work and a strong commitment, showing that I can achieve proposed goals efficiently.

Through my work replacing methyl bromide - a soil fumigant with a high ozone depleting potential that growers of high cash crops often felt they could simply not do without – I have provided technical advice, as well as honed my diplomacy and communication skills Often I have had to put myself in the shoes of crop-growers trying to make a living, and help build trust in proposed alternatives. Being able to translate scientific findings to an applied, practical environment - putting science to work in the field - is probably the most important skill I have developed. The fact that I love my work has been essential, and I am fortunate to have a career I am passionate about!

I cannot say I faced great obstacles, but I have found I needed to prove myself, not only as a woman, but as a national of a developing country. That said, over the years I have worked with many wonderful colleagues, both men and women, who have helped me tremendously in developing my career and achieving my goals.

What sacrifices have you had to make to get where you are today, and do you have any regrets?

The most difficult part was striking a balance between work and family. As a consultant for the Protocol I’ve had to travel extensively - which has been fascinating - but with three kids growing up at the time, it wasn’t always easy to balance home life and work demands. Leaving the kids behind was difficult and sometimes I felt very guilty, but I have been very fortunate to have had a very supportive husband. As a consultant, it was also great to have flexibility with working hours and working commitments. The downside of course is that I've never had a regular income… I feel like I retired when I was 35, before securing a pension!

I don’t have any regrets related to my work and I feel I have given my kids a good example, opened their eyes to the world, and shown them that you can pursue your interests and passion no matter if these are unconventional, different or don’t guarantee a high income or status. They have become three fantastic adults: one scientist, one musician and one anthropologist, and I am extremely proud of them!

What advice, or encouragement, would you give to young girls and women who are considering a career in the sciences?

It encourages me greatly to see many more women in science overall and particularly in my own field. I want to inspire and encourage both girls and boys to pursue science as a career rather than more profitable or “mundane" options.

I believe we, as members of the science community can do better. Children should be encouraged from an early age, in the home and in the classroom. A career in any science discipline is fascinating and children’s interest should be nurtured. Luckily growing worldwide concern for the environment is helping!! I would encourage kids to simply go for it and to parents and teachers to support them.

To young women in science: do not give up. You will encounter hurdles, but there is increasingly more support and opportunity. It's great to see young couples raising their families on a truly shared basis and to see there is now more help and consideration for scientists with young children. When I was young, having access to childcare facilities whilst attending a congress was totally unheard of, let alone bringing your kid to the lab (or work) on a day when there was no school!! There is room for improvement of course, but things are moving in the right direction.

What has been the highlight - or most memorable event - of your scientific career to date?

I don’t think there has been a particular event. I’m very happy and proud about the recognition I’ve received for my work (including being featured here!) of course. But overall I am proud that I have been able to help people around the world to continue producing crops successfully and profitably with a much lower environmental impact; and that I have done and am doing something to protect our planet, particularly the ozone layer and the climate. I’ve been thanked for my work by people who have been able to replace methyl bromide successfully, and in the process have become more competitive, increasing their yields and profit and that gives me tremendous satisfaction. I have been able take scientific findings to the field, to communicate efficiently, to solve problems and in the process inspire people to protect our planet and that is the greatest reward.

Considering that in the process I have visited some 60 countries, made many friends and learned so much, what else can I ask for? It’s been a fantastic ride - and I’m not getting off the bus just yet, not for quite some time I hope!!