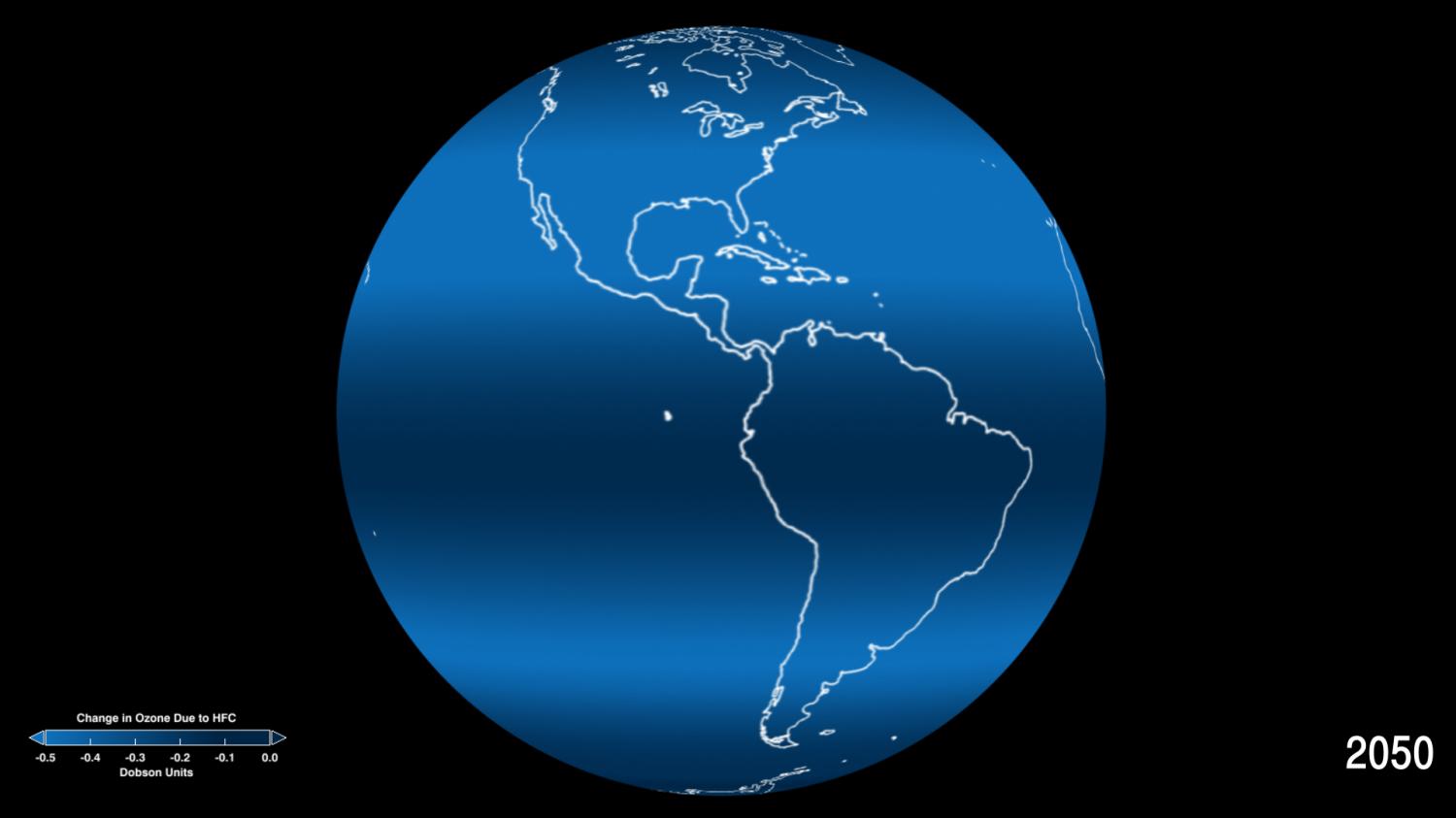 Geneva/Nairobi, 16 September 2010 – International efforts to protect the ozone layer—the shield that protects life on Earth from harmful levels of ultraviolet rays—are a success and have stopped additional ozone losses and contributed to mitigating the greenhouse effect, according to a new report.

The executive summary of the Scientific Assessment of Ozone Depletion 2010 provides new information about the effects of climate change on the ozone layer, as well as the impact of ozone changes on the Earth’s climate.

The report was written and reviewed by some 300 scientists and launched on the UN International Day for the Preservation of the Ozone Layer. It is the first comprehensive update in four years.

The report reaffirms that the Montreal Protocol is working. “It has protected the stratospheric ozone layer from much higher levels of depletion by phasing out production and consumption of ozone depleting substances.”

Given that many substances that deplete the ozone layer are also potent greenhouse gases, the report says that the Montreal Protocol has “provided substantial co-benefits by reducing climate change.” In 2010, the reduction of ozone depleting substances as a result of the Montreal Protocol, expressed in CO2-equivalent emissions (about 10 Gigatonnes per year), were five times larger than those targeted by the first commitment period (2008-2012) of the Kyoto Protocol, the greenhouse emissions reduction treaty.

The report published by the World Meteorological Organization (WMO) and the United Nations Environment Programme (UNEP) says that an important remaining scientific challenge is to project future ozone abundance based on an understanding of the complex linkages between ozone and climate change.

Changes in climate are expected to have an increasing influence on stratospheric ozone in the coming decades, it says. “These changes derive principally from the emissions of long-lived greenhouse gases, mainly carbon dioxide, associated with human activities.”

Key findings on the ozone layer:

Achim Steiner, UN Under-Secretary General and UNEP Executive Director said: "This represents a further potential area for action within the overall climate change challenge. An international group of modellers working with UNEP recently concluded that current commitments and pledges linked with the Copenhagen Accord are unlikely to keep a global temperature rise to under 2°C by 2050. The gap between scientific reality and ambition is estimated to average around 4.7 Gigatonnes of CO2 equivalent per year--a gap that needs to be urgently bridged over the next decade or so if the 2°C target is to be met."

Commenting on the International Day for the Preservation of the Ozone Layer, he added: "Today's report underlines that action to protect the ozone layer has not only been a success, but continues to deliver multiple benefits to economies including on efforts to meet the Millennium Development Goals. The contribution to combating climate change is one, but so are the direct benefits to public health. For without the Montreal Protocol and its associated Vienna Convention atmospheric levels of ozone-depleting substances could have increased tenfold by 2050. This in turn could have led to up to 20 million more cases of skin cancer and 130 million more cases of eye cataracts, not to speak of damage to human immune systems, wildlife and agriculture.”

“The ozone-hole issue demonstrates the importance of long-term atmospheric monitoring and research, without which ozone destruction would have continued unabated and might not have been detected until more serious damage was evident,” said WMO Secretary-General Michel Jarraud. “The Montreal Protocol is an outstanding example of collaboration among scientists and decision-makers that has resulted in the successful mitigation of a serious environmental and societal threat.’’

The Scientific Assessment Panel will present the Executive Summary of the new report at the next annual Meeting of the Parties to the Montreal Protocol, to be held in Kampala, Uganda, from 8 to 12 November 2010.

The full body of the report will be available in early 2011.

The International Day for the Preservation of the Ozone Layer 16 September marks the signature date, in 1987, of the Montreal Protocol on Substances that Deplete the Ozone Layer.