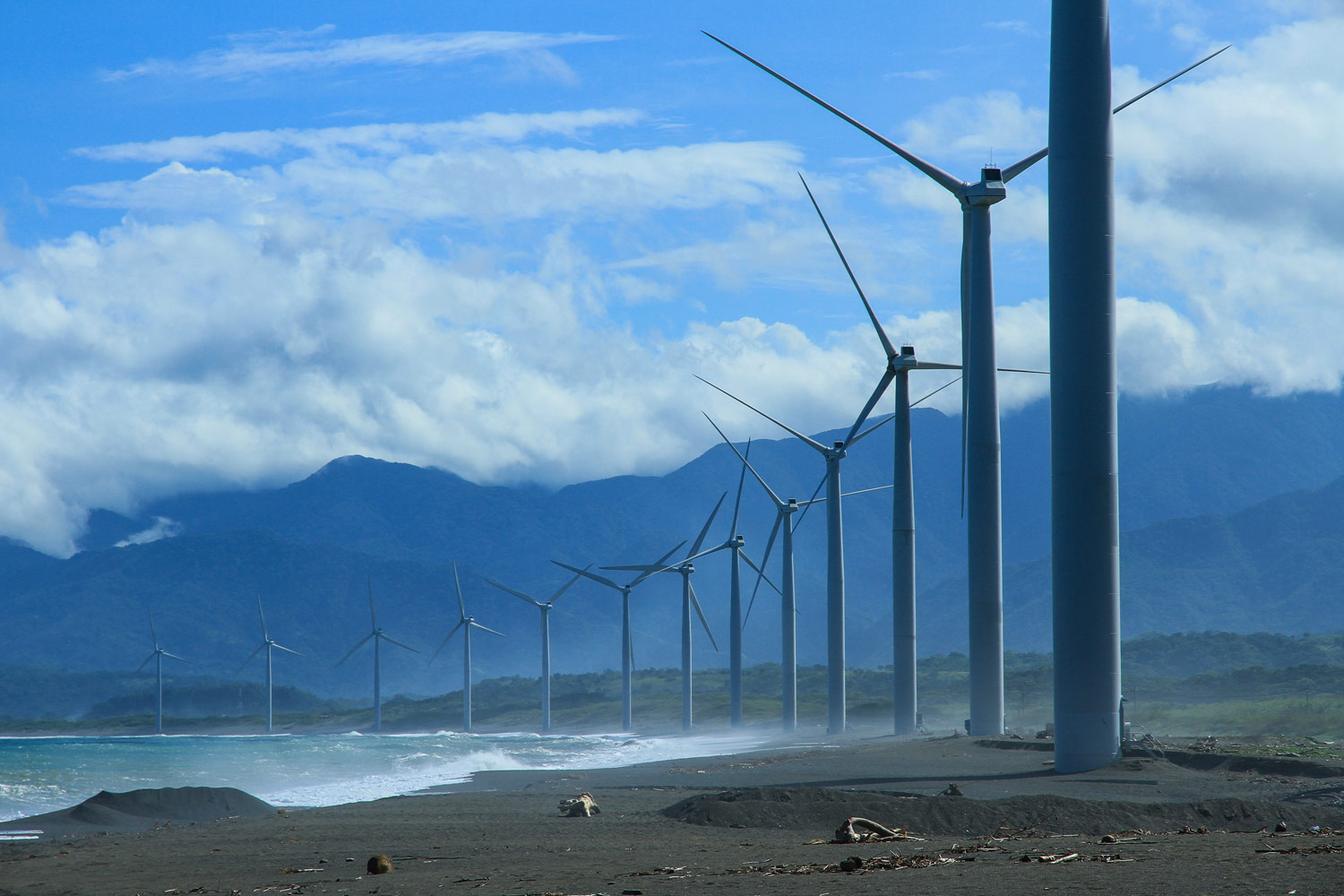 Nairobi/Montreal, 14 September 2007--An accelerated freeze and phase-out of hydrochlorofluorocarbons (HCFCs), chemicals that were used to replace more ozone- damaging substances known as CFCs, is to be considered by governments at an international meeting in Montreal, Canada.

New science and technical assessments indicate that speeding up a freeze and phase-out of HCFCs and their related by-products could not only assist in the recovery of the ozone layer.

An acceleration could also play an important role in addressing another key environmental challenge—namely climate change.

A record nine countries—developed and developing-- have submitted six different proposals which will be on the table when up to 191 parties or governments meet in the Canadian city between 17 and 21 September. The negotiations will occur during the 20th Anniversary celebration of the world’s ozone treaty, the Montreal Protocol.

The Protocol was negotiated in response to growing international concern over the emergence of a hole in the ozone layer over Antarctica from the use of ozone-depleting chemicals in products from hair sprays to fire fighting equipment.

HCFCs, promoted over a decade ago as less damaging replacements for the older CFCs, have now become widespread in products such as refrigeration systems, air conditioning units and foams.

Under the Montreal Protocol, the United Nations ozone layer protection treaty which was adopted in 1987, use of HCFCs is set to cease in developed countries in 2030 and in developing ones in 2040.

However, scientists and many governments are now studying a range of options for a more rapid freeze on consumption and production of these replacements and the bringing forward of the final phase-out by around 10 years.

It follows research indicating that acceleration could, over the coming decades deliver cumulative emission reductions over the equivalent to perhaps 18 to 25 billion metric tonnes of carbon dioxide (18 gigatones-25 gigatonnes) depending on the success of governments in encouraging new ozone and climate-friendly alternatives.

Annually, it could represent a cut equal to over 3.5 per cent of all the world’s current greenhouse emissions.

In contrast the Kyoto Protocol, the main greenhouse gas emission reduction treaty, was agreed with the aim of reducing developed country emissions by just over five per cent by 2012.

The final benefits of an accelerated freeze and phase-out of HCFCs may prove to be even higher than the 18 to 25 billion metric tonnes, according to a just-released report from the Montreal Protocol’s Technology and Economic Assessment Panel that is designed to inform the negotiations at the international meeting in Canada.

Close to the equivalent of 38 billion tonnes (38 gigatonnes) of carbon dioxide if the acceleration is accompanied by the recovery and destruction of old equipment and insulating foam and improvements in energy efficiency, says the Panel.

For example a faster switch to alternatives to HCFCs may well stimulate technological innovation including a more rapid introduction of energy efficient equipment that in turn will assist in reducing greenhouse gas emissions even further.

The ozone layer and human health too will benefit. Under some of the accelerated phase- out scenarios, ozone levels could return to healthy pre-1980 levels a few years earlier than current scientific predictions.

Benefits would include a reduction in skin cancer, cataracts, and harm to the human immune system alongside reduced damage to agricultural and natural ecosystems.

Achim Steiner, UN Undersecretary General and Executive Director of the UN Environment Programme (UNEP) which is responsible for the Montreal Protocol, said: “The Montreal Protocol is without doubt one of the most successful multilateral treaties ever and I look forward to celebrating, in mid-September, two decades of achievement in the Canadian city where it was born”.

“The phase out of CFCs has not only put the ozone layer on the road to recovery. New research, published in March this year by Dutch and American scientists, also shows that the CFC phase-out has assisted in combating climate change. But the treaty’s success story is far from over with new and wide ranging chapters still to be written. Indeed if governments adopt accelerated action on HCFCs, we can look forward to not only a faster recovery of the ozone layer, but a further important contribution to the climate change challenge,” he said.

Mr Steiner added: "In doing so the treaty will also underline the often overlooked fact that multilateral environment agreements like the Montreal Protocol and the Kyoto Protocol have far wider environmental, social and economic benefits than perhaps are fully recognized when they are initially agreed. In short, treaties working together can do far more, more rapidly and at a lower cost”.

The Honourable John Baird, Canada’s Environment Minister, said "The original Montreal Protocol stands as a model of the tremendous results that can be achieved when the international community works together to tackle environmental problems. As the proud host country of this meeting, Canada believes that more can be done, and so we support an accelerated phase out of HCFCs. We will work with the countries who have signed the

protocol to help make this happen, and we will be pushing the international community to build on the success story that began here 20 years ago."

The meeting comes in advance of a Heads of State event on climate change being hosted by the UN Secretary General, Mr Ban Ki-Moon.

This event, scheduled to take place at UN Headquarters in New York on 24 September, is aimed at building consensus at the highest level on the need for climate action and a global emission reduction agreement to come into force when the Kyoto Protocol expires in five years time.

An accelerated freeze and phase out of HCFCs might offer governments ‘quick wins’ in addressing climate change and build confidence that a new international regime on greenhouse gas emissions can be agreed before the Kyoto Protocol expires in 2012, UNEP suggests.

The programme and other related information including press and public information materials can be accessed at http://ozone.unep.org/Meeting_Documents/mop/19mop/19mop-info.shtml

A press conference is scheduled for 11.15 until 12.00 noon that day (timing and venue will be confirmed nearer the day).

A closing press conference is planned for 21 September. (time to be confirmed).

UNEP and the Government of Canada are using the occasion to celebrate the treaty’s 20th anniversary which falls on 16 September—also the International Day for the Preservation of the Ozone Layer and the date when, in 1987, the treaty was adopted by governments.

Prizes will also be given for Public Awareness, Best Poster, Best Paper and Best Article in respect to the ozone and the Montreal Protocol.

Meanwhile, the US Environmental Protection Agency and the Alliance for Responsible Atmospheric Policy will host another awards ceremony to present the 2007 Best-of-the- Best Stratospheric Ozone Protection Awards.

This will take place on the evening of 19 September at the Hotel Delta Centre-Ville, Montreal. www.epa.gov/ozone/awards/index.html

On 16 September, life-size Ozzy and Zoe Ozone mascots will be present at the Biosphere in Montreal, and afterwards at the Palais de Congres de Montreal. These two cartoon stars are the public face of UNEP’s global campaign under the Multilateral Fund to raise and sustain awareness about ozone layer depletion and the Montreal Protocol.

On the same day and at the same venue, UNEP Division of Technology, Industry and Economics OzonAction Branch and Environment Canada will launch an Ozzy Ozone board game. This game in a form of “snakes and ladders” will be printed on large-size canvas at the Biosphere. As much informative as fun, this colorful board game introduces children to ozone depletion, safe sun practices and related issues through an engaging The game is downloadable from http://www.unep.fr/ozonaction/information/mmcfiles/4867-e-ozonegame.pdf

UNEP has a wide range of ozone publications that are available on-line, many of which will also be available in the press centre during the Montreal Protocol meeting.

These include an online video library at www.unep.fr/ozonaction/information/video/index.htm and Ozzy Ozone school site.

A collection of Vital Ozone Graphics, produced by UNEP’s Division of Technology, Industry and Economics and UNEP GRID-Arendal, is also being launched during the week. This booklet and the associated website is designed to inform and inspire journalists to tell the ozone story by providing overview of key issues and ready-to-use graphics that can be incorporated directly into articles (www. unep.fr/ozonaction).

Press and media are invited to attend the various seminars, award events and celebrations and the opening of the 19th Meeting of the Parties on the morning of 17 September.

A press conference is scheduled for lunch time on 17 September and experts will be available throughout the celebrations and the main meeting for interviews.