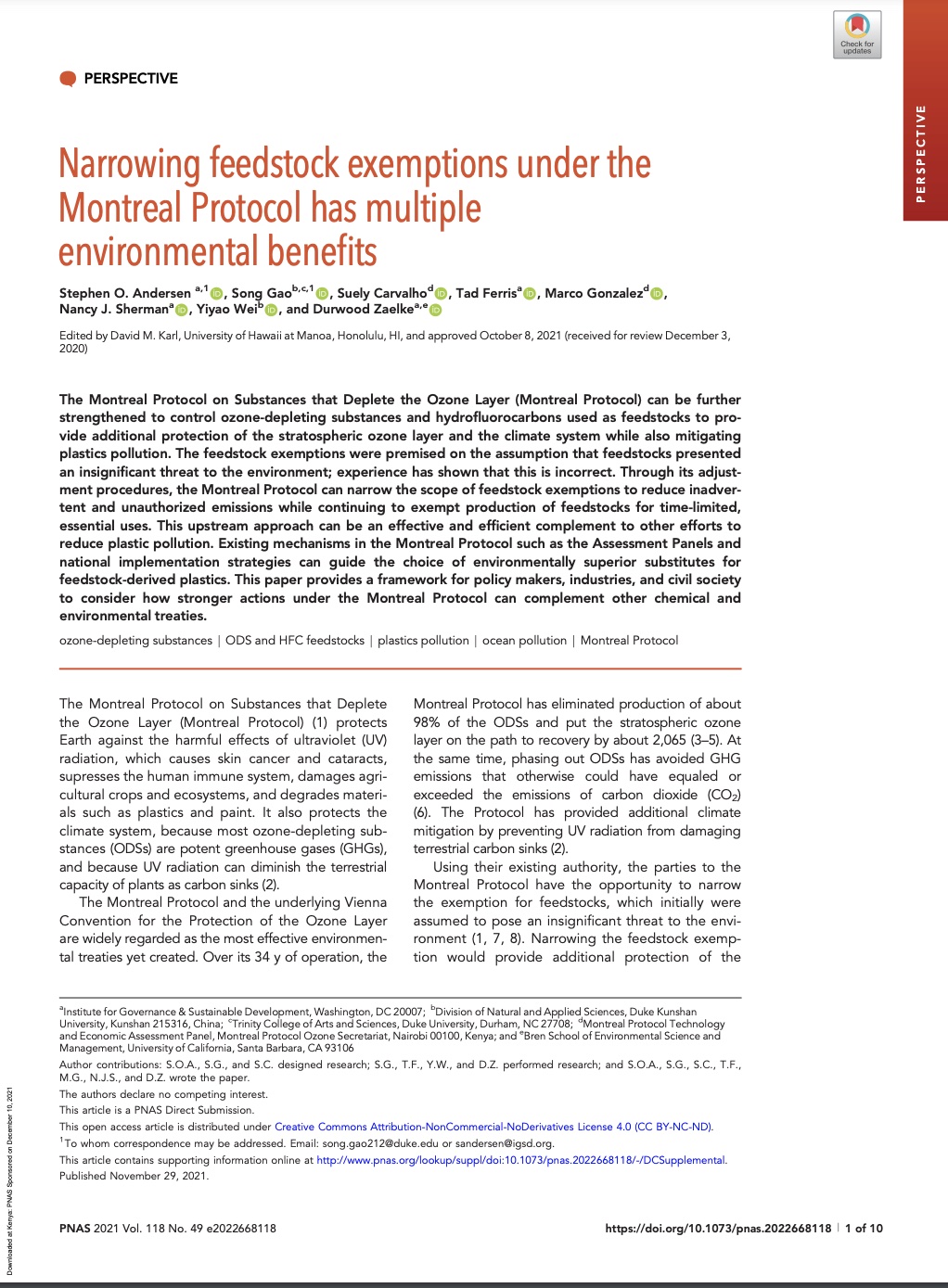 The Montreal Protocol on Substances that Deplete the Ozone Layer (Montreal Protocol) can be further strengthened to control ozone-depleting substances and hydrofluorocarbons used as feedstocks to provide additional protection of the stratospheric ozone layer and the climate system while also mitigating plastics pollution. The feedstock exemptions were premised on the assumption that feedstocks presented an insignificant threat to the environment; experience has shown that this is incorrect. Through its adjustment procedures, the Montreal Protocol can narrow the scope of feedstock exemptions to reduce inadvertent and unauthorized emissions while continuing to exempt production of feedstocks for time-limited, essential uses. This upstream approach can be an effective and efficient complement to other efforts to reduce plastic pollution. Existing mechanisms in the Montreal Protocol such as the Assessment Panels and national implementation strategies can guide the choice of environmentally superior substitutes for feedstock-derived plastics. This paper provides a framework for policy makers, industries, and civil society to consider how stronger actions under the Montreal Protocol can complement other chemical and environmental treaties.

Chemical loss of Arctic ozone due to anthropogenic halogens is driven by temperature, with more loss occurring during cold winters favourable for formation of polar stratospheric clouds (PSCs). We show that a positive, statistically significant rise in the local maxima of PSC formation potential (PFPLM) for cold winters is apparent in meteorological data collected over the past half century. Output from numerous General Circulation Models (GCMs) also exhibits positive trends in PFPLM over 1950 to 2100, with highest values occurring at end of century, for simulations driven by a large rise in the radiative forcing of climate from greenhouse gases (GHGs).

EN
IMPORTANT information for participation in the online ExMOP4, 21 May 2021