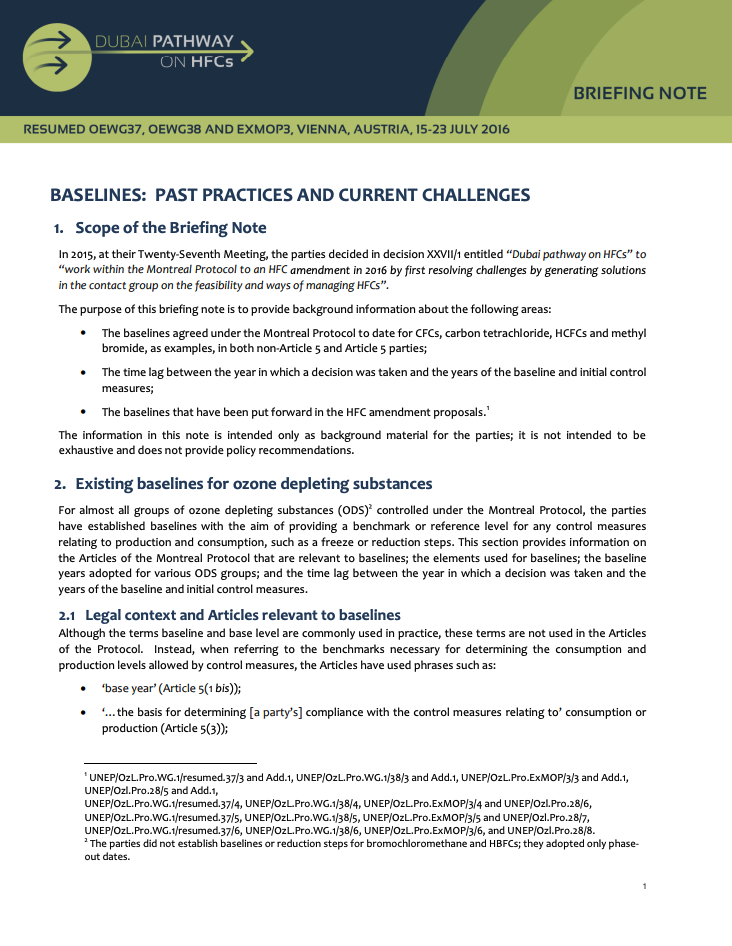 The purpose of this briefing note is to provide background information about the following areas:

EN
OEWG37 (Resumed): Report of the Open-ended Working Group of the Parties to the Montreal Protocol on Substances that Deplete the Ozone Layer on the work of its resumed thirty-seventh meeting

EN
OEWG38: Report of the Open-ended Working Group of the Parties to the Montreal Protocol on Substances that Deplete the Ozone Layer on the work of its resumed thirty-seventh meeting 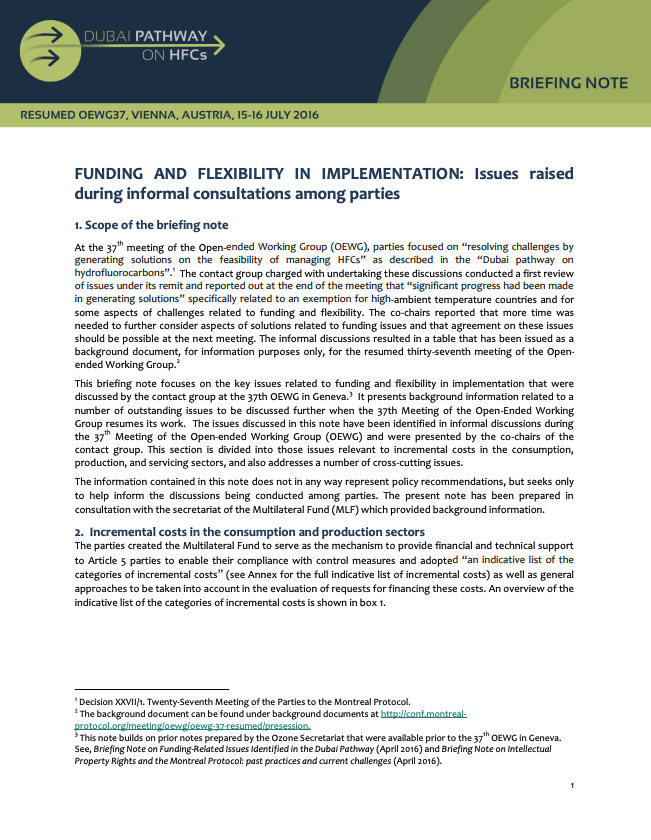 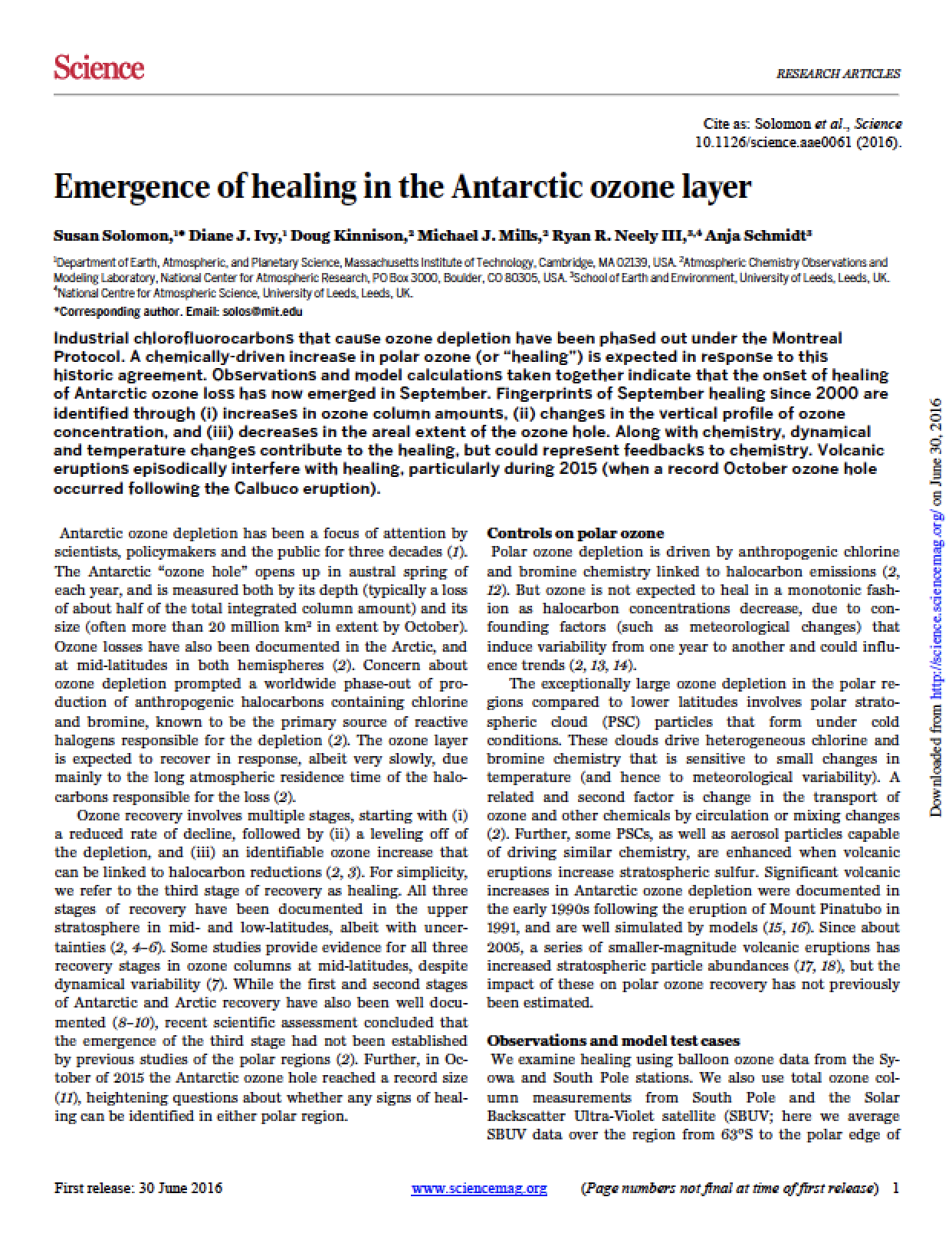