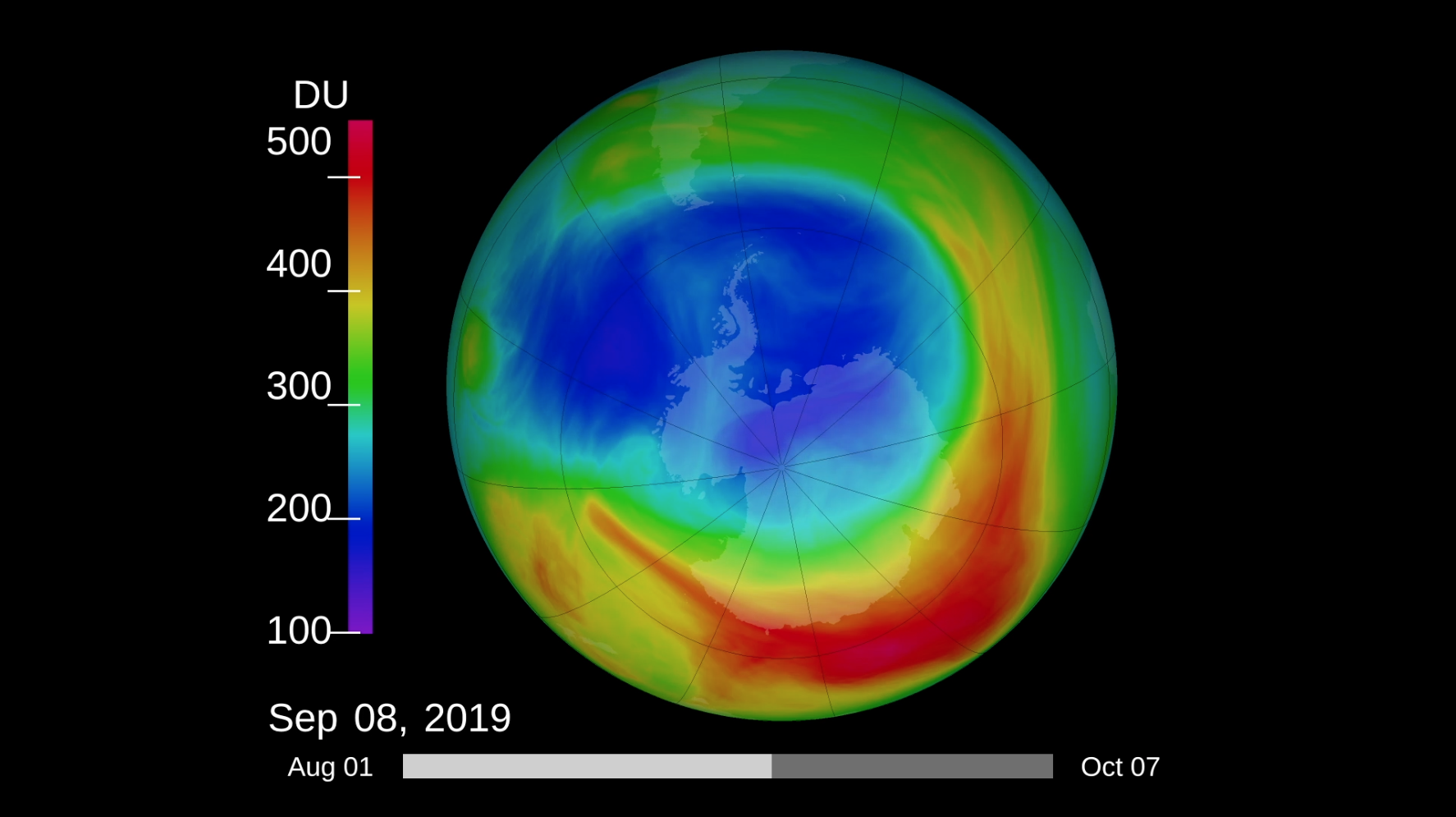 Scientists from NASA and NOAA work together to track the ozone layer throughout the year and determine when the hole reaches its annual maximum extent. This year, unusually strong weather patterns caused warm temperatures in the upper atmosphere above the South Pole region of Antarctic, which resulted in a small ozone hole.

Unusual weather patterns mean that ozone depletion over the Antarctic in 2019 is the weakest since records began in 1982; resulting in the smallest hole to date, according to NASA and National Oceanic and Atmospheric Administration (NOAA) scientists.

The ozone hole, first detected in 1980, begins forming around late August every year and persists until November. It is down to man-made chemicals in the atmosphere.

Under the 1987 Montreal Protocol, nations phased out 99 per cent of ozone-depleting chemicals, like chlorofluorocarbons. They did so to protect human health and the planet from the ultraviolet radiation pouring through the thinning ozone layer. However, many of these chemicals only degrade over decades, so are still contributing to the ozone hole.

The ozone layer is however, slowly healing, with complete recovery expected by 2060. The main reason for the weaker and smaller hole in 2019, however, lies in weather patterns.

“It’s great news for ozone in the Southern Hemisphere,” said Paul Newman, chief scientist for Earth Sciences at NASA’s Goddard Space Flight Centre. “But it’s important to recognize that what we’re seeing this year is due to warmer stratospheric temperatures. It is not a sign that atmospheric ozone is suddenly on a fast track to recovery.”

The conditions for ozone depletion begin in May, when temperatures drop, polar stratospheric clouds form and the polar vortex develops. This allows reactive chlorine compounds to form. The ozone hole then emerges in late winter as the sun’s rays accelerate chemical reactions that deplete ozone. The strength of the polar vortex normally holds the depletion to a specific region, creating the hole.

This year disturbances developed in the lower atmosphere (troposphere) and moved upward into the stratosphere. These disturbances broke in the upper stratosphere, slowed the vortex and raised polar temperatures.

These disturbances mixed high-ozone in the mid-to-upper stratosphere, weakening the ozone hole, and warmed the lower stratosphere. This warming cut off the formation of polar stratospheric clouds and ended ozone depletion for the season.

This is the third time in the last 40 years that weather systems have caused warm temperatures that limit ozone depletion. The reasons for these unusually strong tropospheric disturbances are not understood. They do, however, happen every few decades – the previous instances coming in 2002.

For a more in-depth analysis of the state of the ozone for 2019 and the work of both NASA and NOAA please visit:

NOAA – The 2019 ozone hole is the smallest ever recorded