Carbon footprint of Montreal Protocol meetings and operations in 2015 offset 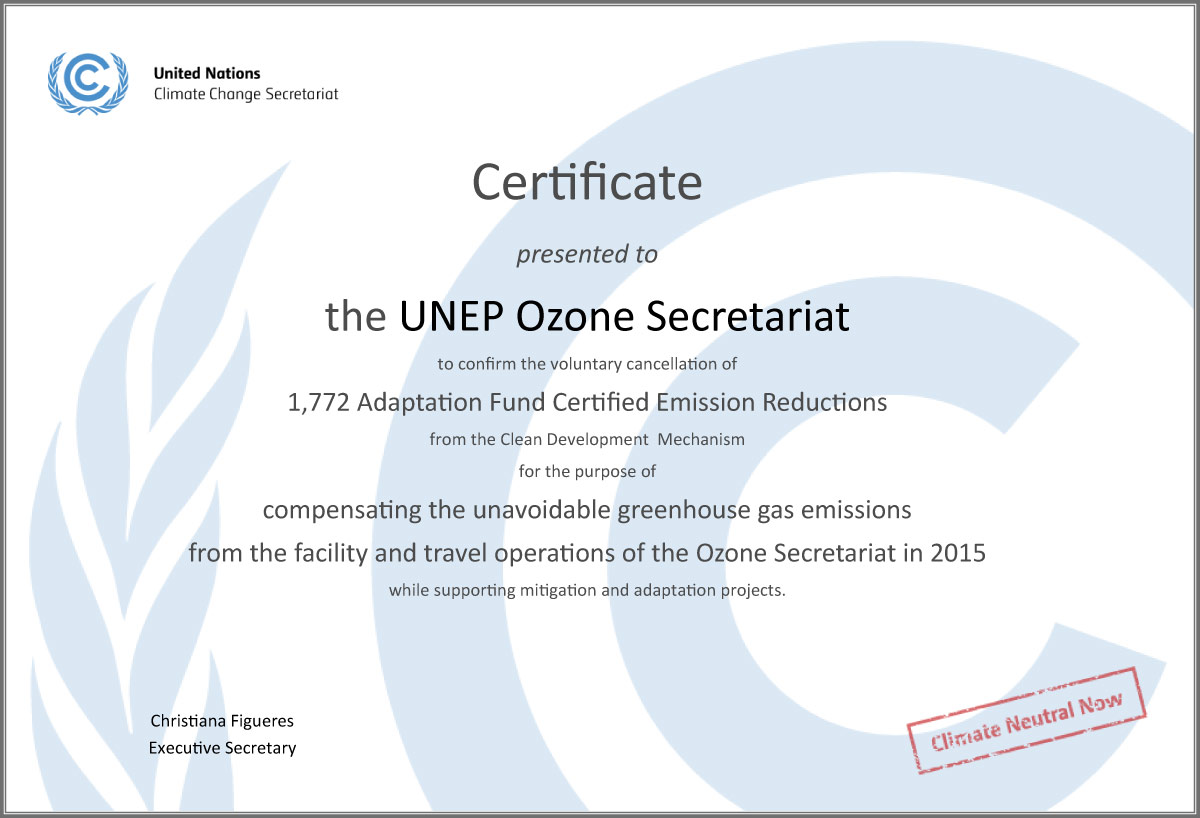 The Ozone Secretariat continues to work towards climate neutrality and has, for the second year running, measured the carbon footprint of all meetings held and operations conducted under the Montreal Protocol in 2015 and offset the greenhouse gas (GHG) emissions created.

The Secretariat has purchased an equivalent of 1,772 tons of carbon dioxide (CO2), the GHG emissions associated with travels to the meetings and related operations in 2015, determined in accordance with the principles of the UN Greenhouse Gas Inventory.

The Secretariat worked in collaboration with the UN Framework Convention for Climate Change (UNFCCC) Secretariat to determine the carbon footprint and purchase Certified Emission Reductions (CERs) from the Adaptation Fund, which finances projects and programmes to help developing countries adapt to the negative effects of climate change.

UNFCCC issued a certificate confirming the voluntary cancellation of 1,772 Adaptation Fund CERs from the Clean Development Mechanism for the purpose of compensating the unavoidable GHG emissions from the facility and travel operations of the Ozone Secretariat in 2015, while supporting mitigation and adaptation projects.

Most of the offset travel emissions were from meeting participants – Secretariat-funded and self-paying. The Secretariat offset the entire flight footprint to make the meetings climate-neutral. Secretariat staff travel accounted for about 5 per cent of total air travel emissions.

“The Montreal Protocol has significantly contributed to the mitigation of climate change by averting the emission of more than 135 billion tonnes of carbon dioxide equivalent into the atmosphere. Offsetting the carbon footprint of our meetings and operations complements this important contribution to the global fight against climate change,” said Tina Birmpili, Executive Secretary of the Ozone Secretariat.