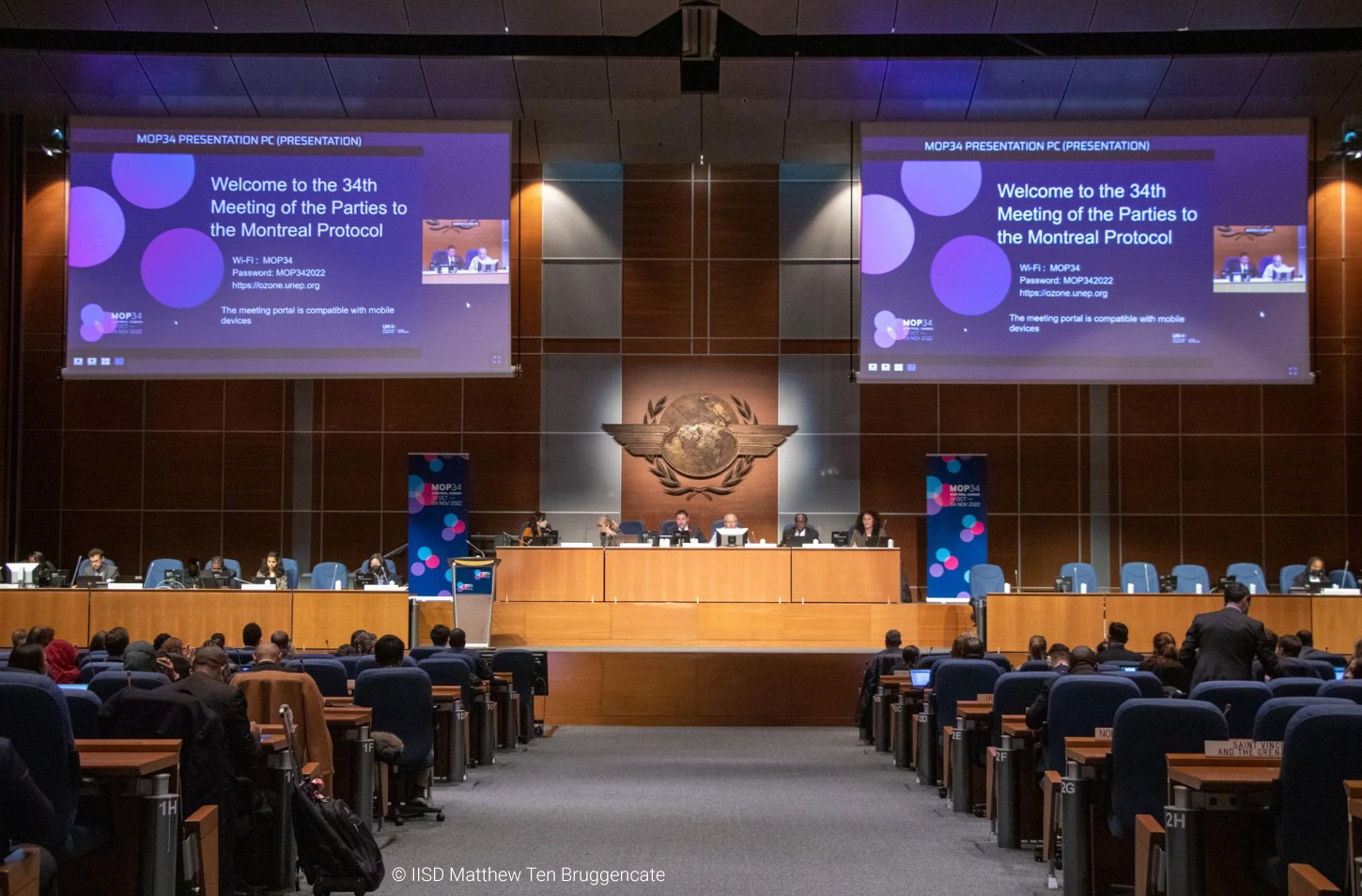 MONTREAL 7 NOVEMBER 2022 - Parties and other stakeholders convened for the Thirty-Fourth Meeting of the Parties (MOP34) in Montreal, Canada, from 31 October to 4 November 2022. The Montreal Protocol is celebrating its 35th anniversary this year and being in the birthplace of the Montreal Protocol for the meeting was befitting. The parties concluded their first in-person MOP since the COVID-19 pandemic, with a number of key decisions reached after rounds of lengthy negotiations.

Main issues for discussion included the Terms of Reference for the study to be carried out by the Technology and Economic Assessment Panel for the Replenishment of the Multilateral Fund for 2024-2026 for the Implementation of the Montreal Protocol, energy efficient and lower-global-warming-potential technologies, the dumping of cooling and heat pump products and equipment into Africa, the potential revision of the HFC baseline for A5 parties (developing countries) as a result of COVID-19, critical-use exemptions granted to a few parties requesting the continued use of small quantities of methyl bromide in agriculture where alternatives are not feasible, as well as assessing the processes for the effective implementation of the Montreal Protocol and dentification of gaps in the global coverage of atmospheric monitoring of controlled substances and options for improvement. 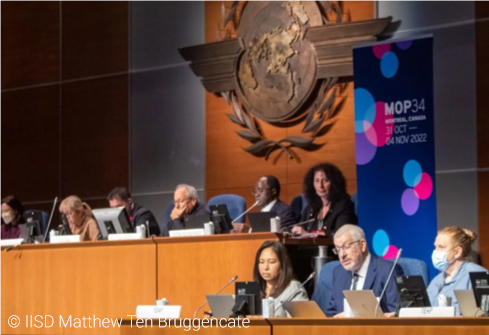 The three assessment panels to the Montreal Protocol updated the parties on the latest information, including from the Scientific Assessment Panel’s 2022 quadrennial assessment report on the state of health of the ozone layer and projected recovery.

The high-level segment was opened on Thursday 3 November with statements from Steven Guilbeault, Minister of Environment and Climate Change of Canada, highlighted the Kigali Amendment’s role in reducing hydrofluorocarbons (HFCs) and thus avoiding further global warming, underscoring the importance of enabling developing countries to comply with the upcoming freeze on HFC consumption.

Inger Andersen, Executive Director, United Nations Environment Programme (UNEP), congratulated participants via video message for their work, and underlined the importance of supporting the Protocol through sound science and the replenishment of the Multilateral Fund (MLF). 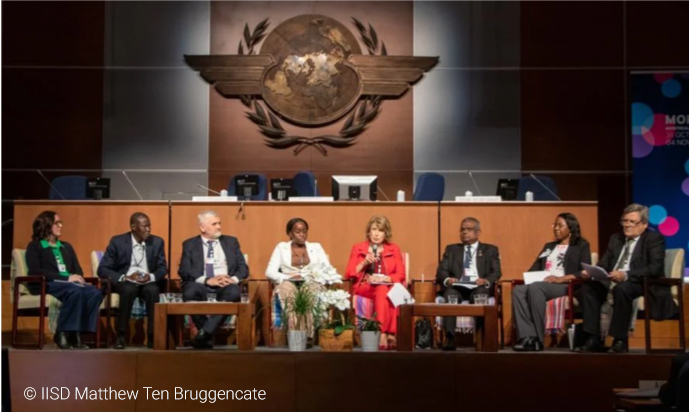 Events during the MOP34 to commemorate the 35th anniversary of the Montreal Protocol included a roundtable discussion during the high-level segment moderated by the Chief Science Advisor Canada, Dr Mona Nemer, highlighting the Protocol’s contribution to climate change mitigation through its Kigali Amendment. The panellists included Dr Cécile Siewe of Canada, Jan Dusík of Czechia, Dr Dawda Badgie of The Gambia, Kerryne James of Grenada, Dr Abdulla Naseer of the Maldives, Kylie Farrelley of Australia and Klaus Peter Schmid Spílker of Chile.

On the margins of the meeting a total of 20 side events and 4 exhibitions also took place, including a presentation by the Science Assessment Panel on geoengineering and the launch of the 35th anniversary commemorative book ‘Protecting the Ozone Layer’ co-authored by Stephen O. Andersen with Marco Gonzales which attracted many of the delegates.

The parties worked late in the final night of the meeting into Saturday to find consensus on many important issues. In total, the parties adopted a total of 24 decisions including the terms of reference for a study on the replenishment of the Multilateral Fund – a cornerstone of the Montreal Protocol, supporting developing countries implement their obligations under the Protocol. Fittingly, the decision to continue strengthening the Montreal Protocol in honour of the pioneering work on atmospheric ozone by Professors Mario Molina, Sherwood Rowland and Paul Crutzen. Their research undertaken by the Nobel Laureates on man-made CFCs and the impact of nitrous oxide from aircraft emissions that were found to destroy the ozone layer was ground-breaking. It resulted in the adoption of the Montreal Protocol, which thirty-five years later, continues to protect the environment and all life on Earth. The decision on energy efficiency requests the Technology and Economic Assessment Panel to continue to update information on energy efficient technologies and relevant information, and the Ozone Secretariat to organize a workshop to share experiences and assess challenges on energy efficiency.

The parties clearly appreciated reconnecting and discussing the many complex agenda items face-to-face during plenary sessions. The opportunity to also hold bilateral, informal discussions and contact group meetings resulted in the completion of a heavy workload and the adoption of a significant number of decisions.