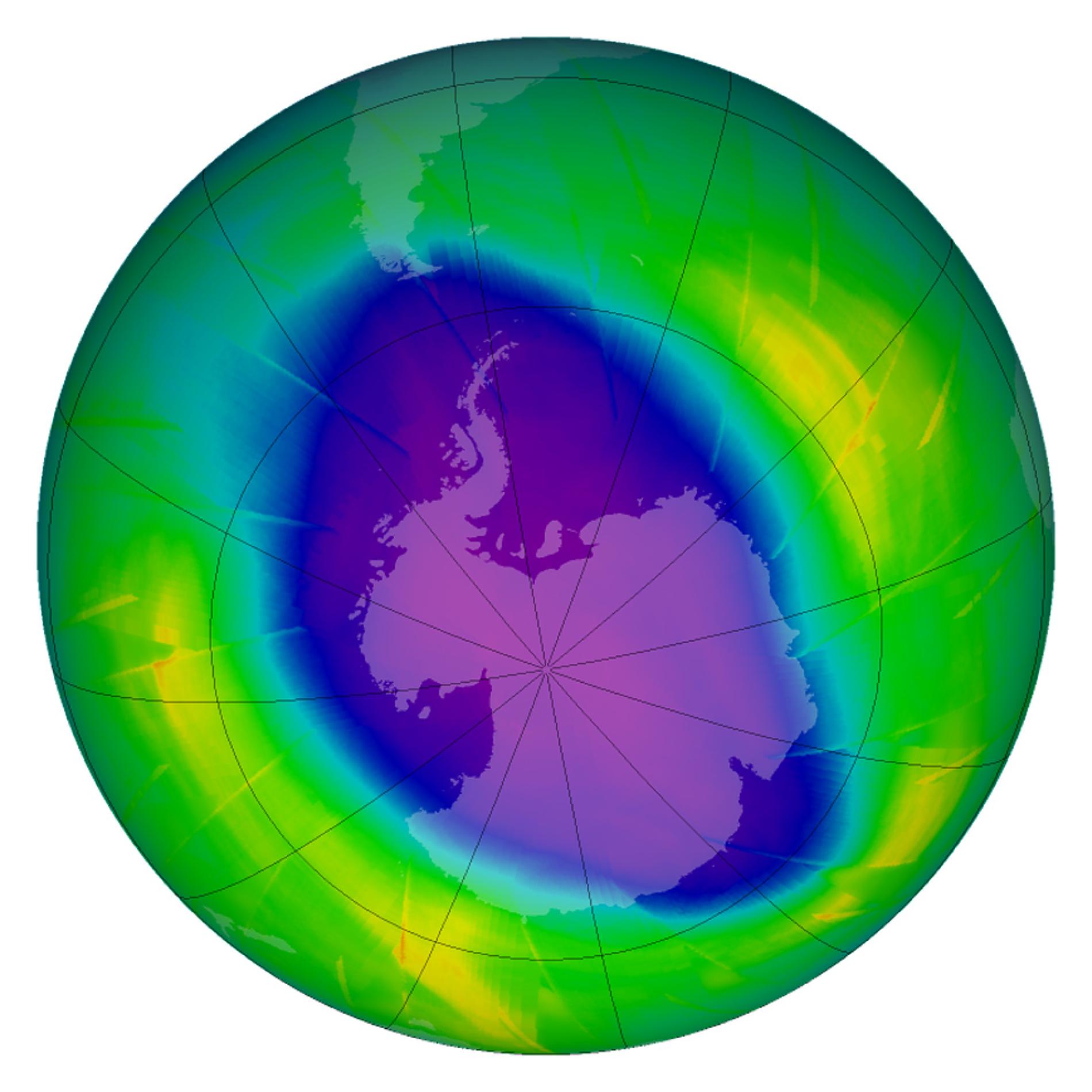 Geneva/Nairobi, 18 August 2006 – The Executive Summary of a new scientific assessment, released today by the World Meteorological Organization (WMO) and the United Nations Environment Programme (UNEP) and based on a full report prepared by over 250 international scientists, concludes among its findings that the stratospheric ozone layer that protects life on earth from excessive solar radiation will recover five to 15 years later than previously expected.

According to the “UNEP/WMO Scientific Assessment of Ozone Depletion: 2006”, the updated scientific understanding indicates that the ozone layer over the mid-latitudes (30° - 60° North and South) should recover by 2049, five years later than anticipated by the previous (2002) assessment.

The ozone over the Antarctic should recover by 2065, 15 years later than once expected. Because of special conditions within the Antarctic vortex (a natural cyclone of super-cold, super-fast winds), the Antarctic ozone “hole” is expected to recur regularly for another two decades. The later projected date of recovery over the mid-latitudes is primarily the result of upward revisions in the amounts of CFC-11 and CFC-12 now contained in refrigerators and other equipment, from which much of both types will eventually be released, and from higher estimates of future production levels of HFCF-22 (a CFC substitute that, although much safer, still causes some depletion).

The later projected recovery of the Antarctic ozone layer is primarily due to the greater age of air in that region, which means that a return to pre-1980 levels of ozone depleting substances will take longer. This factor has been taken into consideration in the new assessment.

“While these latest projections of ozone recovery are disappointing, the good news is that the level of ozone-depleting substances continues to decline from its 1992-94 peak in the troposphere and late 1990s peak in the stratosphere,” said Mr. Michel Jarraud, Secretary-General of WMO. “Global changes in climate suggest that atmospheric conditions are different today from those prior to periods marked by ozone depletion. This may have implications for ozone recovery. Maintaining and improving observational and assessment capabilities are critical in separating effects due to changes in climate from those in ozone–depleting substances and will play a major role in verifying the effectiveness of actions taken under the 1985 Vienna Convention, the 1987 Montreal Protocol and its amendments.”

Among other findings, the new report states that the decline in stratospheric ozone outside of the polar regions seen in the 1990s has not continued. Model studies suggest that this is related to the near constancy of stratospheric ozone-depleting gases during this period.   Springtime polar ozone depletion continues to be severe in cold stratospheric winters and severe Antarctic ozone losses will very likely continue to be observed for at least the next 10-20 years because of the slow decline of ozone depleting gases.

Atmospheric abundances of ozone-depleting substances, which peaked in the lower atmosphere in the 1992-1994 time period, are now showing a downward trend in the stratosphere.  The report also updates information concerning very short-lived ozone-depleting substances, the current observations and future expectations of surface ultraviolet radiation, and the interrelations between climate and the ozone layer.

“The early signs that the atmosphere is healing demonstrate that the Montreal Protocol is working. But the delayed recovery is a warning that we cannot take the ozone layer for granted and must maintain and accelerate our efforts to phase out harmful chemicals”, said Mr. Achim Steiner, Executive Director of UNEP.

The benchmarks for the recovery dates are the pre-1980 stratospheric levels of chlorine, the chief ozone-depleting gas. Lower chlorine levels should, in principle, correlate with increased ozone levels and reduced penetration of solar ultraviolet radiation to the earth. While recent measurements from unpolluted regions do show declines in ground-level ultraviolet radiation, climate changes and other variables make it difficult to draw firm conclusions.

The report also evaluates options for accelerating the ozone layer’s recovery as well as circumstances that could delay recovery. It concludes that the hypothetical elimination of all emissions from production and existing equipment of CFCs, halons, HCFCs, methyl bromide, carbon tetrachloride and methyl chloroform at the end of 2006 – a hypothetical case that goes beyond existing Protocol commitments – would advance recovery at mid-latitudes by 15 years to 2034.

On the other hand, a failure by Governments to implement fully their commitments to phase out ozone-depleting substances under the Montreal Protocol would delay recovery further. A delay would also result from the continued or expanded use of temporary exemptions to the phase-out schedules or of methyl bromide for quarantine and pre-shipment applications and critical uses.

The next annual Meeting of the Parties to the Montreal Protocol, to be held in New Delhi from 30 October to 3 November, will consider the policy implications of the Executive Summary of the current report. The full body of the report, which was written and reviewed by over 250 experts from around the world, will be available in early 2007.