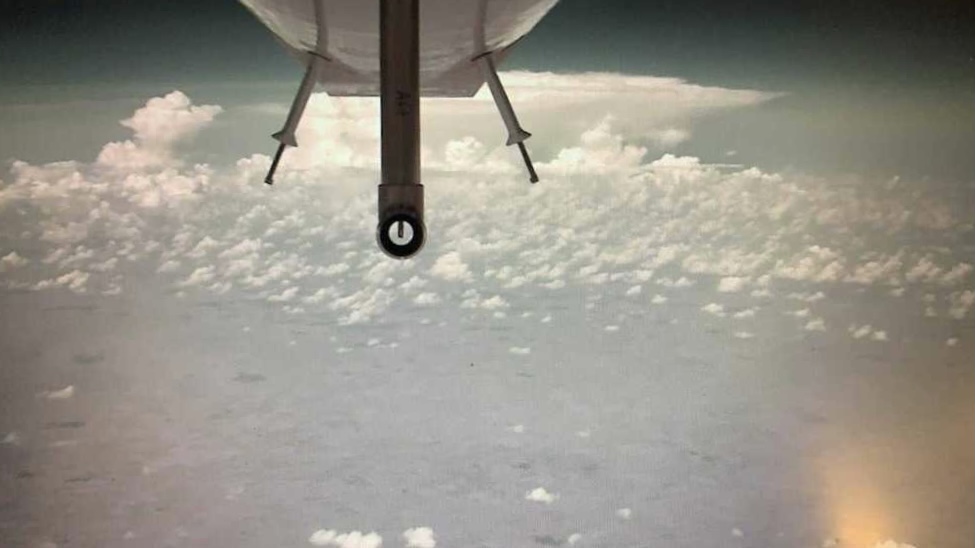 Systematic observations are vital to understand impact of changing climate

Ozone experts from around the world have stressed the importance of systematic observations to monitor the state of the ozone layer and the presence of ozone-depleting substances, and to increase understanding of the impact of climate change on the Earth’s protective shield against harmful ultraviolet rays.

The stratospheric ozone layer is on the way to recovery thanks to actions taken under the Vienna Convention for the Protection of the Ozone Layer and the Montreal Protocol on Substances that Deplete the Ozone Layer. But there is no room for complacency, according to a meeting of Ozone Research Managers (ORM).

The five-day virtual meeting examined a number of new developments since the last meeting in 2017. These included the impact of rising surface temperatures in Polar regions on stratospheric ozone; unexpected emissions of a banned substance known as CFC-11; and international action to phase down the production and consumption of hydrofluorocarbons (HFCs), which are potent greenhouse gases and damaging to the climate.

“Measurements of ozone, ozone-depleting substances and their replacements remain the cornerstone of stratospheric ozone research. These measurements are required to monitor the success of the Montreal Protocol, to assess new factors that can slow down ozone recovery and to support studies of ozone evolution in a changing climate, ” according to the ORM recommendations.

“We in the environmental movement are deeply proud of all that has been achieved through the Vienna Convention and its Montreal Protocol. And why is that? Quite simply because the Convention is an outstanding example of international cooperation for the environment guided by science,” UNEP Executive Director, Inger Andersen, said in an opening message to the ORM meeting.

“As we seek to overcome the triple planetary crisis, the crisis of climate change, the crisis of biodiversity and nature loss and the crisis of pollution and waste, we can only do so with support from science. So therefore, the science that you generate plays an absolutely critical role in the work that we all are undertaking,” she said.

WMO Secretary-General Prof. Petteri Taalas highlighted the need for continued vigilance and research into the interaction between ozone and climate change in view of the recent record-breaking ozone holes in both the Arctic and the Antarctic. These were due to a combination of the continuing presence of ozone-depleting substances in the atmosphere and a strong, stable and cold polar vortex which kept the temperature of the ozone layer over the Arctic and Antarctica consistently cold, preventing the mixing of ozone depleted air above the Poles with ozone rich air from other latitudes.

“It's very important to keep on running the research and the related observing systems, to close the data gaps and to ensure close linkages between science, observations and operational services,” said Prof. Taalas.

However, resource constraints – even before the COVID-19 pandemic disruption and restrictions – are posing a major challenge.

The meeting reviewed ongoing national and international research and monitoring programmes to ensure proper co-ordination of these programmes and identify gaps that need to be addressed. There are mounting concerns about the gaps in the emissions monitoring system with experts noting the need for more resources for ground-based stations, especially those which produce long-term records of ozone, trace gases and ultra-violet (UV) radiation. This would require considerable sustained funding and strong international cooperation and capacity development. Continued efforts are required to support long-term observational data sets including their resourcing.

A number of presentations and national reports emphasized that systematic atmospheric composition observations remain critical for monitoring and understanding long-term changes in the ozone layer, as well as changes in atmospheric composition, circulation, and climate. Continuing observations will be required for many decades for the verification of the ozone recovery from ozone depleting substances and to understand interactions with the changing climate.

The ORM recommendations will be presented to a meeting of the Conference of the Parties to the Vienna Convention on 28 July. The findings will also be used as input for the next WMO/UN Environment Programme (UNEP) Scientific Assessment of Ozone Depletion in 2022. The most recent assessment, in 2018, concluded that the ozone layer is on the path of recovery and to the potential return of the ozone values over Antarctica to pre-1980 levels by 2060.

The ORM adopted a number of key recommendations which will be put forward to the parties for discussion and adoption at the Thirty-third Meeting of the Parties to the Montreal Protocol due to be held online in October of this year.

The recent research into the unexpected CFC-11 emissions underlines the value of improved estimates of ODS emissions globally. To improve estimation calculations and atmospheric monitoring, the ORM recommends expanding the top-down emission capability to cover much more of the Earth’s surface, and refining the bottom-up emission estimates globally and regionally in conjunction with improved reporting of production.

Hydrofluorocarbons (HFCs): The emissions of ozone-friendly, but potent climate warming HFCs in the cooling sector (air conditioning and refrigeration) continue to increase. The Kigali Amendment, which came into force in 2019, limits the continued production and consumption of HFCs, contributing to climate protection. However, monitoring the continued evolution of HFCs requires global data gathering to ensure any climate gains to be made by the Amendment are maintained. 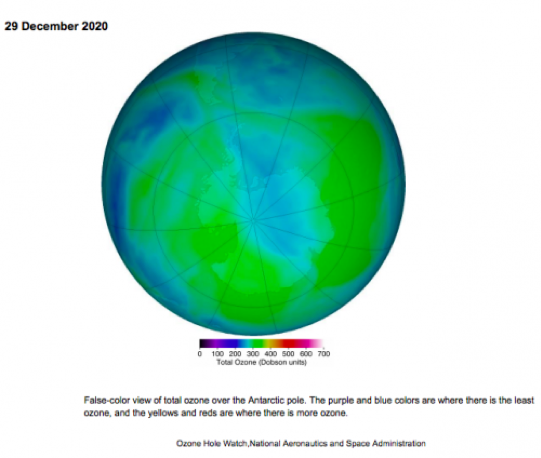 Aviation, rockets and climate interventions: There are several sources of gases and aerosols that cause concern in the context of ozone depletion. Some of those get into the atmosphere as a result of natural emissions from ocean and coastal regions, explosive volcanic eruptions and intense fires, while the anthropogenic sources include the emissions from proposed supersonic civil transport aircraft and rocket launches. Increasing space exploitation is projected to lead to increasing emissions associated with rocket launches creating temporary ozone holes at the launch sites. The other area of concern is related to climate intervention (geoengineering) proposals that consider injections of aerosol or aerosol precursors into the stratosphere to increase Earth's reflectivity (albedo) and thereby reduce the absorption of solar energy and climate forcing. Increased aerosol abundance and associated reactions on or in particles are likely to enhance global ozone depletion in processes similar to those that lead to polar ozone depletion.

Reports and presentations made to the ORM stressed that atmospheric observations remain critical for monitoring and understanding long-term changes in the ozone layer, as well as changes in atmospheric composition, circulation, and climate. In order to verify the expected ozone recovery from ODSs and to understand interactions with changing climate, continuing observations of key trace gases, and UV radiation will be required for many decades. The ORM noted the need to increase resources for continuing ground-based stations, especially for stations producing long-term records of ozone, trace gases, and UV; ensuring that global and regional data is accurate; enhancing the monitoring of ongoing emissions on substances controlled under the Montreal Protocol; including the measurements of substances of interest to the Protocol.

GAPS IN THE GLOBAL COVERAGE OF ATMOSPHERIC MONITORING OF CONTROLLED SUBSTANCES

On consideration of a white paper prepared by the Scientific Assessment Panel and other experts, the ORM11 endorsed the paper for consideration at the combined twelfth meeting of the Convention of the Parties (part II) and the Thirty-third Meeting of the Parties in October, noting the importance of continued monitoring of controlled substances, the need to address gaps for early detection of emissions and their sources, as well as the sizeable, sustained funding this would require.

"These observations provide fundamental information to the Montreal Protocol parties to ensure ozone recovery continues and to minimize associated climate change. The steady decrease in the number of stations mainly in tropics and Southern Hemisphere, including profile measurements, is endangering the independent monitoring of trends and the capturing of unexpected events, as well as our ability to validate satellite data records, " ozone managers said.

The ORM11 re-emphasized the continuing need to develop centralized robust automated and timely data submissions. Urgent resources are also required to digitize and curate historical data for ozone, improve linkages among data centres, noting that funding agencies need to continue to recognize long-term archiving as a resource-intensive and critical part of measurement or modelling programmes.

The ORM11 also recommended that the Vienna Convention Trust Fund support activities for maintaining the quality of the global ozone-observing system; providing ongoing training opportunities for local station operators in developing countries, as well as support developing countries and countries with economies in transition with limited resources to expand their scientific capacity to allow them to participate actively in ozone research activities, including assessment activities under the Montreal Protocol.

Co-Chair Héctor R Estévez (Mexico) noted that “In the case of countries with emerging economies, it is necessary to establish and strengthen cadres in the training of professionals in atmospheric sciences, ranging from observers to researchers, and to establish collaborative relationships.”

Co-Chair Kenneth Jucks (USA) noted that “Despite the ongoing COVID-19 pandemic and the challenges of online meetings, the ORM discussed successfully all of the issues in its original agenda. The recommendations will be forwarded to the Thirty-third Meeting of the Parties to the Montreal Protocol in October this year for consideration by the parties and form the basis of meaningful decisions for implementation.”