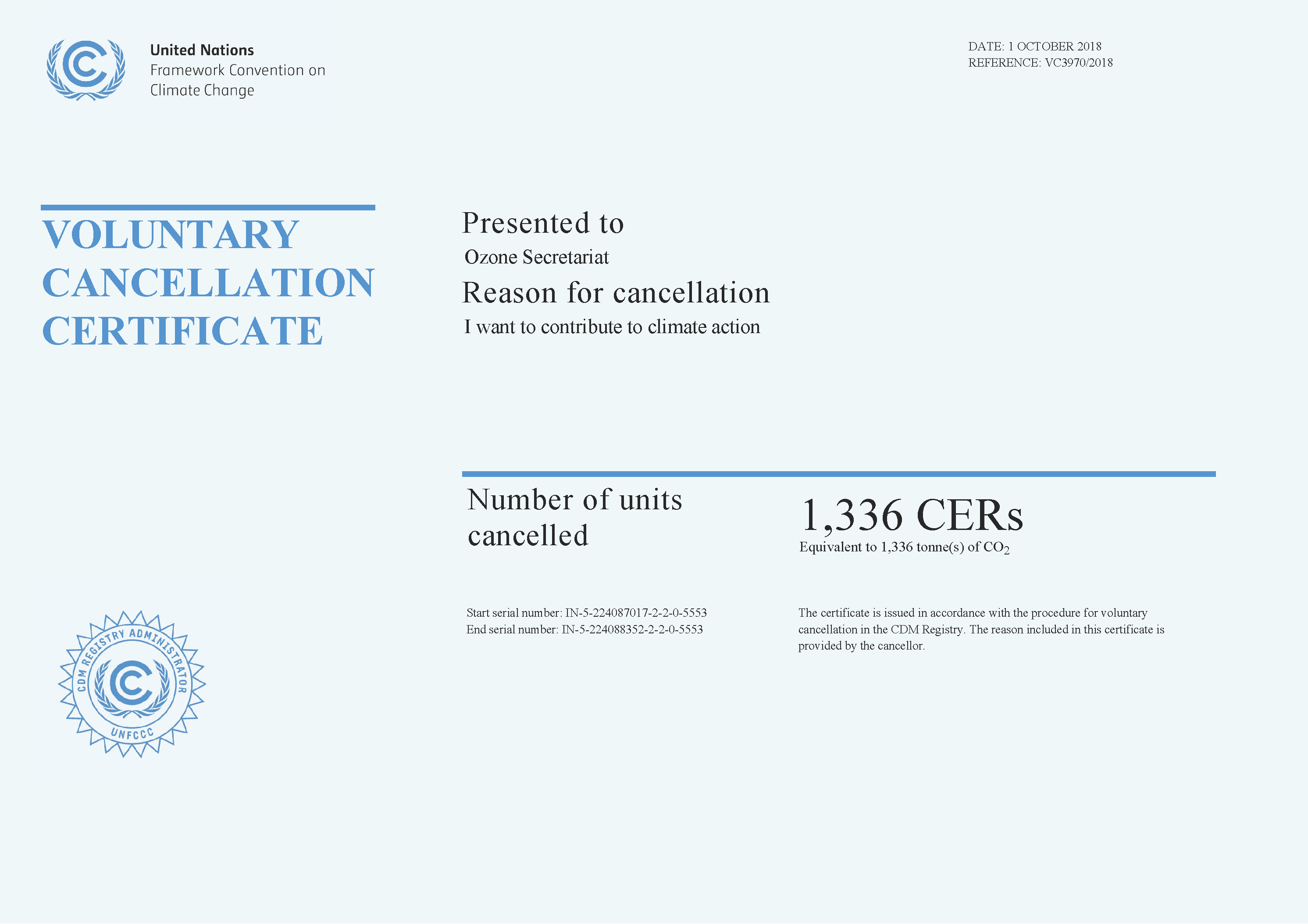 The Ozone Secretariat has once again demonstrated its commitment to climate action by making its operations carbon neutral for the fourth consecutive year.

The Secretariat measured the carbon footprint of all meetings held and operations conducted under the Vienna Convention and its Montreal Protocol in 2017 and offset the greenhouse gas emissions created, equivalent to 1,336 tonnes of carbon dioxide.

“Reducing and offsetting our emissions annually is an important priority that complements the work being undertaken by parties to the Montreal Protocol to protect our environment,” said Tina Birmpili, Executive Secretary of the Ozone Secretariat.

Montreal Protocol parties are set to begin implementing the Kigali Amendment when it enters into force on 1 January 2019. The amendment could avoid up to 0.4°C of global warming this century, if fully supported by governments, the private sector and citizens. It could also contribute to limiting the rise of global temperature to 1.5°C and preventing dangerous warming.

UN Climate Change issued a certificate through its Climate Neutral Now initiative confirming the voluntary cancellation of 1,336 CERs to compensate for unavoidable emissions from the offices and travel operations of the Secretariat in 2017. Cancelling CERs puts them out of circulation and prevents re-use.