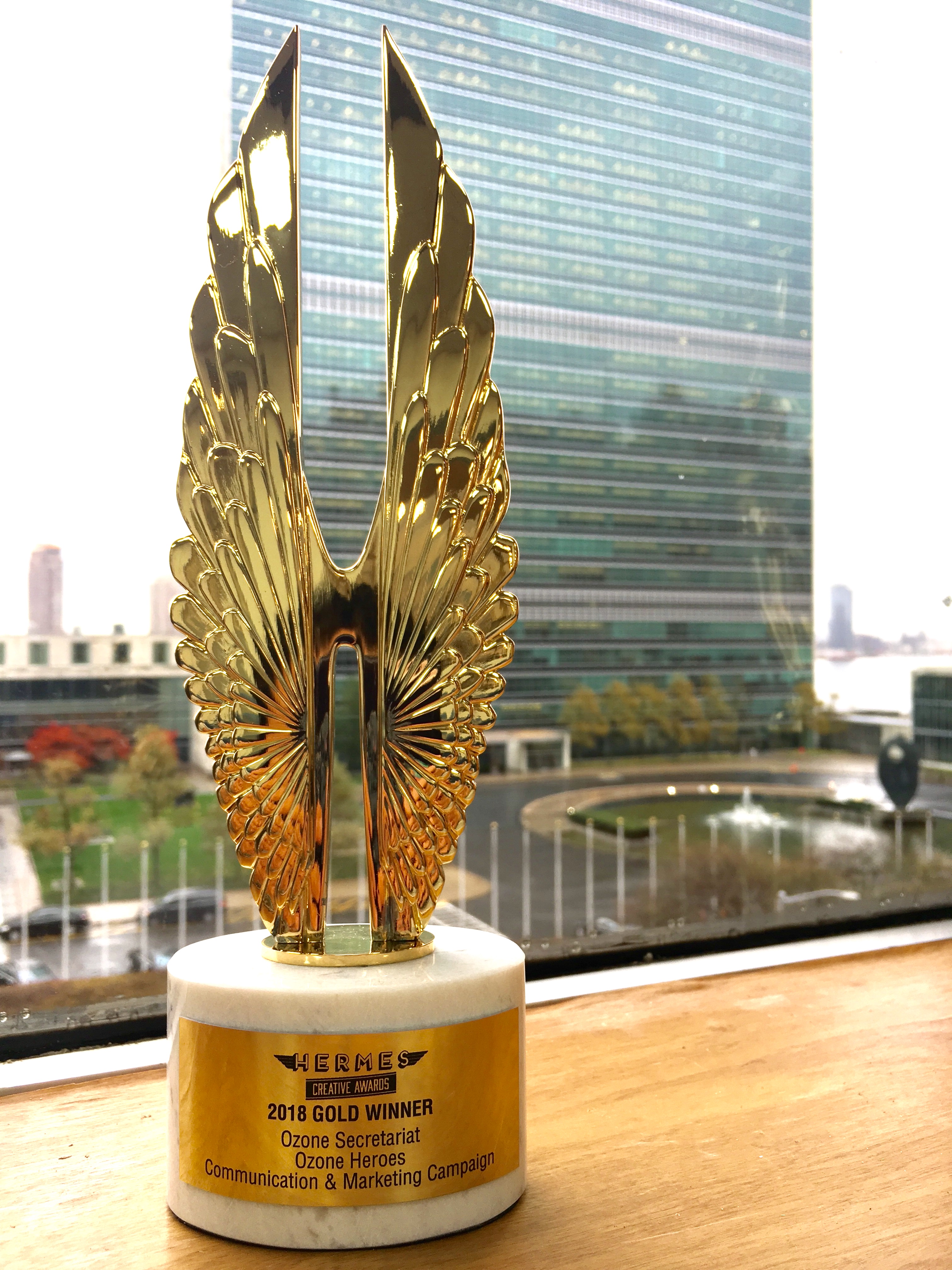 (6 November 2018) Last year marked the 30th anniversary of the adoption of the Montreal Protocol, the international agreement that has led to the phase-out of more than 99 per cent of chemicals that damage the ozone layer and significantly contributed to mitigation of climate change. UN Environment created the #OzoneHeroes campaign in partnership with Marvel to celebrate the Protocol’s continued success.

The campaign journey follows Iron Man and the Guardians of the Galaxy as they discover humans are the superheroes who solved the global issue of ozone depletion. Its website (www.ozoneheroes.org) features a quiz to determine your own superpower to emphasize the point that our human qualities are what equip us to solve the world's most pressing problems.

The #OzoneHeroes campaign was granted a prestigious Hermes Creative Award for its creative messaging and website design.

The Hermes Creative Award, one of the largest of its kind in the world, is an international competition for the concept, writing and design of traditional materials, marketing and communication programs, and emerging technologies. It is administered and judged by the Association of Marketing and Communication Professionals, an international organization that consists of several thousand creative professionals. #OzoneHeroes received the 2018 Gold Award in the "Communication & Marketing Campaign" category.

Read the comic and find out your superpower at the award-winning website: ozoneheroes.org!