Parties to the Montreal Protocol reunite in Bangkok

After two years of virtual meetings due to the COVID-19 pandemic, the parties to the Montreal Protocol on Substances that Deplete the Ozone Layer were reunited at the forty-fourth Open-ended Working Group meeting in Bangkok, Thailand from 11-16 July 2022. The parties were happy to interact face-to-face again. While the agenda and workload were heavy, the positive energy with which the parties embarked the meeting was palpable. 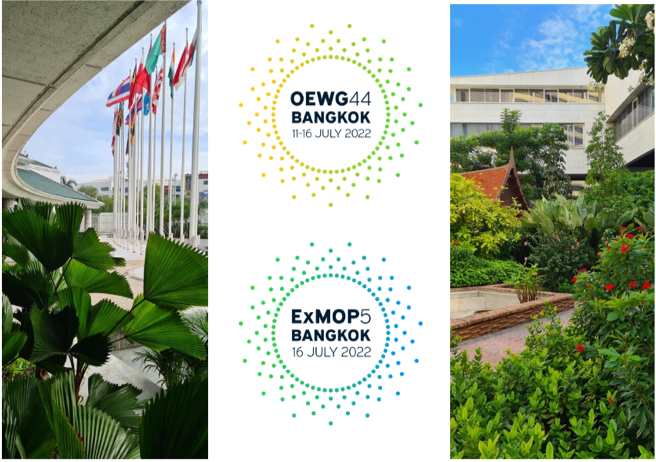 Although parties had continued to meet virtually during the pandemic to ensure work on Montreal Protocol implementation continued, critical agenda items such as the Replenishment of the Multilateral Fund for the Implementation of the Montreal Protocol 2021-2023 could not be discussed or decided on fully. Interim decisions were previously made in 2020 and 2021 in online Meetings of the Parties to ensure the Fund could continue operating; with agreements that a full decision would be discussed and adopted at the first opportunity to reconvene in person.

The deferred full decision on the Replenishment of the Multilateral Fund for the Implementation of the Montreal Protocol 2021-2023, including the amounts of contributions and extension of the fixed-exchange-rate mechanism, was one of the key discussion points during this meeting. As anticipated, reaching consensus required several sessions of contact group meetings and separately amongst Article 5 developing economies and donors over a number of days. But enthusiasm to get ‘the job done’ was evident with two final decisions put forward by the parties for adoption. At the Fifth Extraordinary Meeting of the Parties, which convened immediately afterwards in the afternoon of 16 July 2022, agreed replenishment of the Multilateral Fund totalled US$ 540 million for the current period 2021-2023. This is at the same level as last replenishment for 2018-2020. 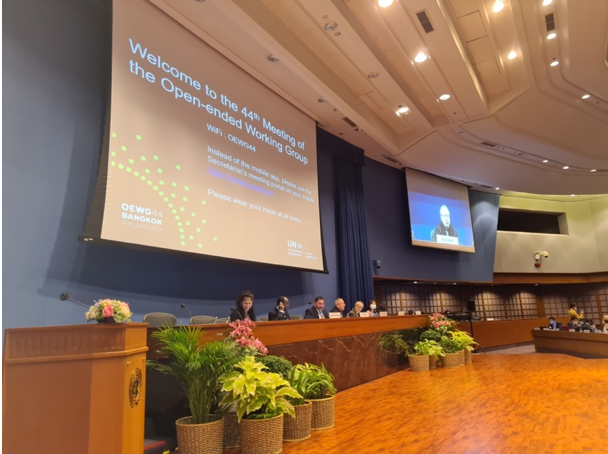 Other issues discussed during the Open-ended Working Group meeting included the Terms of Reference for a study on the next replenishment of the Multilateral Fund for 2024–2026, energy efficient and lower-global-warming-potential technologies, assessing the processes for the effective implementation of the Montreal Protocol, identification of gaps in the global coverage of atmospheric monitoring of controlled substances and options for improvement including the EU-funded pilot project to identify other suitable locations to expand the monitoring network.

The parties also considered a 2022 report by the Technology and Economic Assessment Panel (TEAP) that covered agenda items on the critical-use exemptions applications of methyl bromide by a few parties as a fumigant in the agricultural and commercial sectors, the future availability of halons used by the civil aviation industry, as well as strengthening the TEAP and its technical committees for the phase-down of hydrofluorocarbons (HFCs) and other future challenges related to the Montreal Protocol and the climate. A proposal from Switzerland discussed the ongoing emissions of carbon tetrachloride (CTC), another from Ghana on behalf of the Africa Group looked at options to deter the dumping of inefficient cooling equipment in Africa.

Notable was also the draft decision proposed by Mexico, the EU and the USA and unanimously endorsed by the parties, supporting and strengthening the Montreal Protoco in honour of the pioneering work on atmospheric ozone by Nobel Laureates Professors Mario Molina, Sherwood Rowland and Paul Crutzen. Their research on man-made CFCs and impact of nitrous oxide from aircraft emissions that were found to destroy the ozone layer was ground-breaking. It resulted in the Montreal Protocol which to this day protects all life on Earth.

On the margins of the Open-ended Working Group meeting the World Cold Chain Symposium met to discuss the work and results of sustainable food cold chain efforts to address food loss and waste including progress on the Rome Declaration on the Contribution of the Montreal Protocol to Food Loss Reduction through Sustainable Cold Chain Development. A total of 13 side events also took place during the meeting attracting many of the delegates.

The parties clearly relished reconnecting. The opportunity to discuss agenda items face-to-face during plenary sessions as well as hold bilateral, informal discussions and more formal contact group meetings resulted not only in the decisions on the replenishment of the Fund, but also a healthy number of proposals and draft decisions referred for consideration at the Thirty-Fourth Meeting of the Parties due to be held in Montreal, Canada from 29 October – 4 November 2022.

About the Montreal Protocol

The Montreal Protocol is a global agreement to protect the Earth’s ozone layer by phasing out the chemicals that deplete it. The landmark agreement entered into force in 1989 and it is one of the most successful global environmental agreements. Thanks to the collaborative effort of nations around the world, the ozone layer is on its way to recovery and many environmental and economic benefits have been achieved.

About the UN Environment Programme

UNEP is the leading global voice on the environment. It provides leadership and encourages partnership in caring for the environment by inspiring, informing and enabling nations and peoples to improve their quality of life without compromising that of future generations.