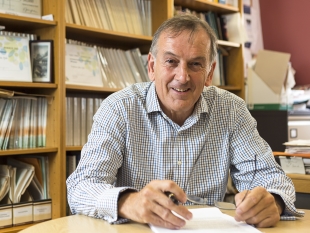 Co-Chair of the Scientific Assessment Panel of the Montreal Protocol, Prof. John Pyle, has been awarded the 2018 Davy Medal for pioneering leadership in understanding the depletion of the global ozone layer by halocarbons, particularly coupling between chemistry, radiation, and dynamics, and the special vulnerability of Arctic ozone.

“We, in the ozone community, are so proud to have Professor John Pyle guiding the decision making of the parties to the Montreal Protocol with his sound science. We congratulate him for this award, which recognizes his leadership in the assessment of the state of the ozone layer over the years. His work has vastly contributed to our global efforts to protect the ozone layer,” said Tina Birmpili, Executive Secretary of the Ozone Secretariat.

The Davy Medal is awarded annually to an outstanding researcher in the field of chemistry. The medal is named after Humphry Davy, the chemist and inventor of the Davy Lamp, and was first awarded in 1877