The story behind unexpected emissions of CFC-11 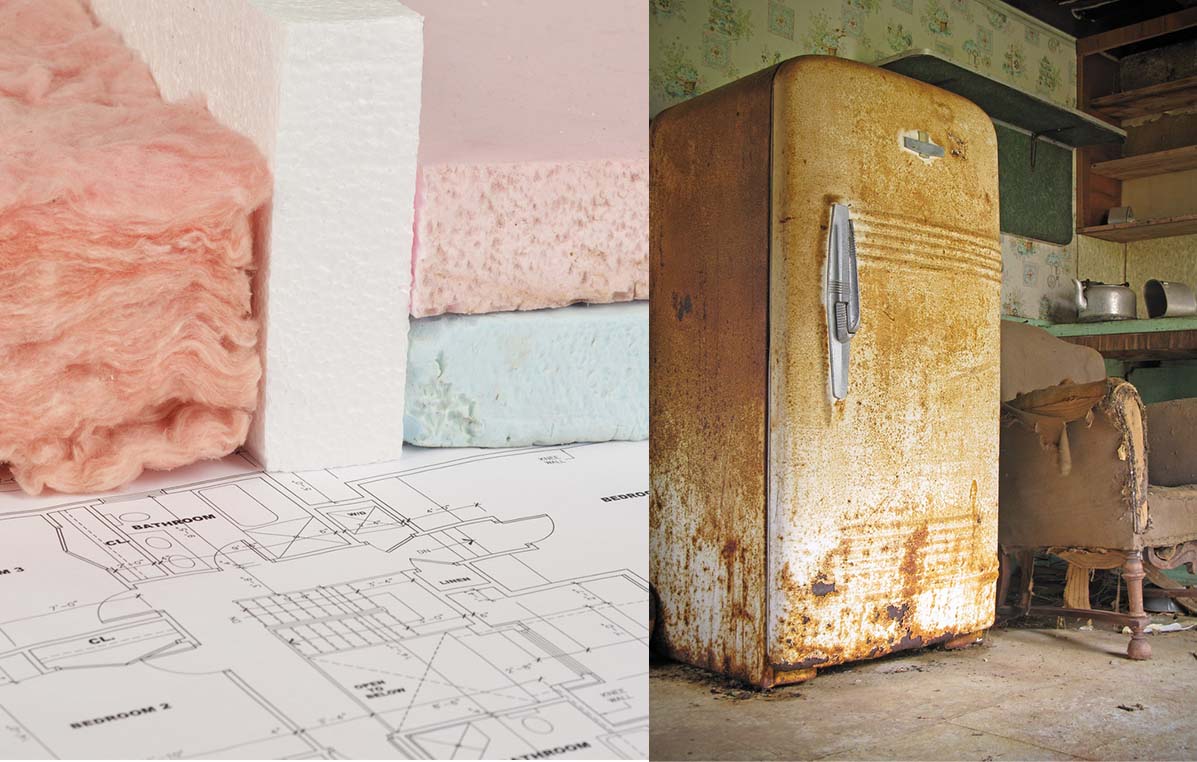 Trichloromethane, also known as CFC-11, made headlines in 2018 when scientists alerted us of an unexpected increase in global CFC-11 emissions. Unexpected, because CFC-11 has been banned since 2010, as it was one of the gases that was causing the hole in the ozone layer. However, parties to the Montreal Protocol – the international agreement to protect the ozone layer by banning such substances – reacted swiftly to deal with these unexpected emissions to keep the recovery of the ozone layer on track.

CFC-11 was a widely produced man-made chemical with a variety of applications – predominantly as an aerosol propellant, in the production of insulating foams, as a solvent and as a refrigerant for air conditioners. Other applications included asthma inhalers and tobacco processing.

Much of the estimated 10,000,000 tonnes of CFC-11 produced prior to 2010 has already been emitted or destroyed. Emissions occur throughout the lifecycle of CFC-11 production and usage, including during product manufacturing, operation, maintenance, decommissioning and disposal. For foam products used in buildings and refrigerators, CFC-11 emissions occur through losses in the foam production process, where CFC-11 is used as a blowing agent to create a cellular structure within a polymer. While CFC-11 remains largely trapped within the insulating foam, it is slowly released during its lifetime and at higher rates during decommissioning at end-of-life. Most foam products are disposed to landfill; some are destroyed along with their CFC-11. After the discovery that CFCs damage the ozone layer, parties to the Montreal Protocol agreed to phase-out CFC production globally by 2010.

Of the CFC-11 produced prior to 2010 an estimated 1,500,000 tonnes of CFC-11 remain in insulating foam products and chillers that are still in use and in landfills. Together these are referred to as the ‘CFC-11 bank’. Unless properly disposed of or destroyed, these banks slowly emit CFC-11 over time into the atmosphere, where it depletes the ozone layer. In another twist of the knife, CFC-11 is also a powerful, long-lived greenhouse gas. The potential greenhouse warming impact alone of the remaining CFC-11 bank would be roughly equivalent to 15 per cent of the world’s total greenhouse gas emissions for one year.

Where the unexpected emissions came from

Under the Montreal Protocol’s reduction and phase-out of CFC-11 production, global CFC-11 emissions had already peaked in the late 1980s. While levels of emissions from the CFC-11 bank are anticipated to continue for the next 50 years or more due to the lifespan of foam products and chillers, these emissions were expected to steadily decline. However, in 2018 scientists reported that atmospheric measurements had revealed an unexpected increase in global CFC-11 emissions after 2012.

The Montreal Protocol’s Science Assessment Panel (SAP) and Technology and Economic Assessment Panel (TEAP) and their international experts began working to understand this unexpected change. CFC-11 emissions were found to increase until 2018, after which emissions declined to levels substantially below the 2008-2012 levels.

The ability of scientists to monitor regional emissions is limited by the small number of irregularly spread ground-based global monitoring stations. Where stations are located, emissions can be reliably estimated on regional scales. Science studies found that a large portion of the unexpected increase in CFC-11 emissions could be attributed to the region of Eastern China, with emissions declining substantially from 2017-2019. Other monitored regions did not show these same trends.

Assuming the spike in CFC-11 was due to the manufacture of insulating foams, this would result in a 20 per cent increase to the CFC-11 bank of about 300,000 tonnes, adding further ozone depleting and greenhouse warming potential to that created by the CFC-11 bank, if not destroyed.

There are a number of possible reasons that likely contributed to this illicit CFC-11 production and usage – including price, lack of availability, and challenges with alternatives for manufacturing insulating foams.

What is being done about it?

The international community is determined to protect the environment and is responding to these new challenges. To strengthen the global detection of any future unexpected emissions, the Montreal Protocol is working with the science community to identify gaps in the global coverage of atmospheric monitoring of controlled chemicals.

Some countries, such as China, are imposing additional regulatory controls and improved law enforcement to prevent illegal production. Enhanced enforcement measures include new laboratory methods for detecting CFC-11 in products. These preventative actions help to further strengthen the global commitments to protect the environment from chemicals controlled under the Montreal Protocol.

The latest Scientific Assessment Report, issued in April, confirms that CFC-11 emissions have declined again to pre-2013 levels and that the recovery of the ozone layer has not been impacted substantially.

Assuming full compliance with the Montreal Protocol in the future, the unexpected increased CFC-11 emissions resulting from illicit production and usage are predicted to cause only a small delay to ozone layer recovery.