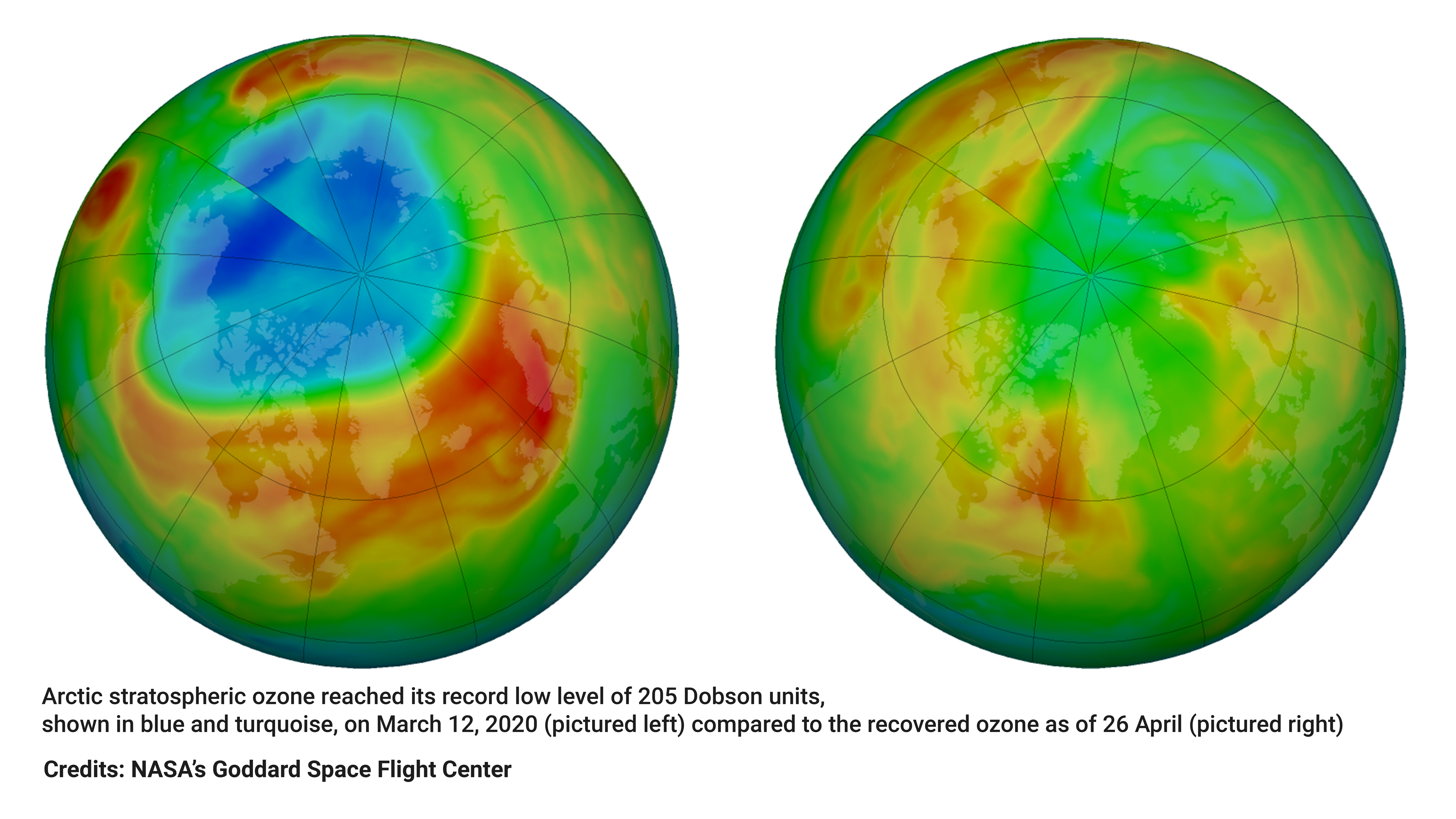 New data suggests that the record ozone hole discovered over the Arctic in March is now closed. Despite the unprecedented size causing alarm, scientists were quick to dispel the assumption that this must be due to a spike in ozone-depleting substances. They attributed it to the unusual wind conditions – or an unusually strong and persistent polar vortex – which trapped extremely cold air over the North Pole ozone levels to dramatically drop.

Polar vortexes always exist but typically weaken during the summer and strengthen again in the winter. The polar vortex in the Arctic tends to be weaker than in the Antarctic due to nearby land and mountains that disrupt the wind patterns. In extreme low temperatures, cold air trapped in a polar vortex leads to the formation of high-altitude clouds which catalyze ozone destroying reactions.

As referenced in our earlier feature on the Unusual conditions over the Arctic, this year’s Arctic ozone depletion was the exception, as extraordinary atmospheric conditions allowed the concentration of cold air in the North Pole for much longer than is typical. As expected by scientists, with the change of seasons and the move towards the summer, the strength of the polar vortex has dissipated, allowing ozone-rich air from the mid-latitudes to flow into the Arctic. This has put an end to the region's depleted ozone levels resulting in the closure of the Arctic ozone hole.