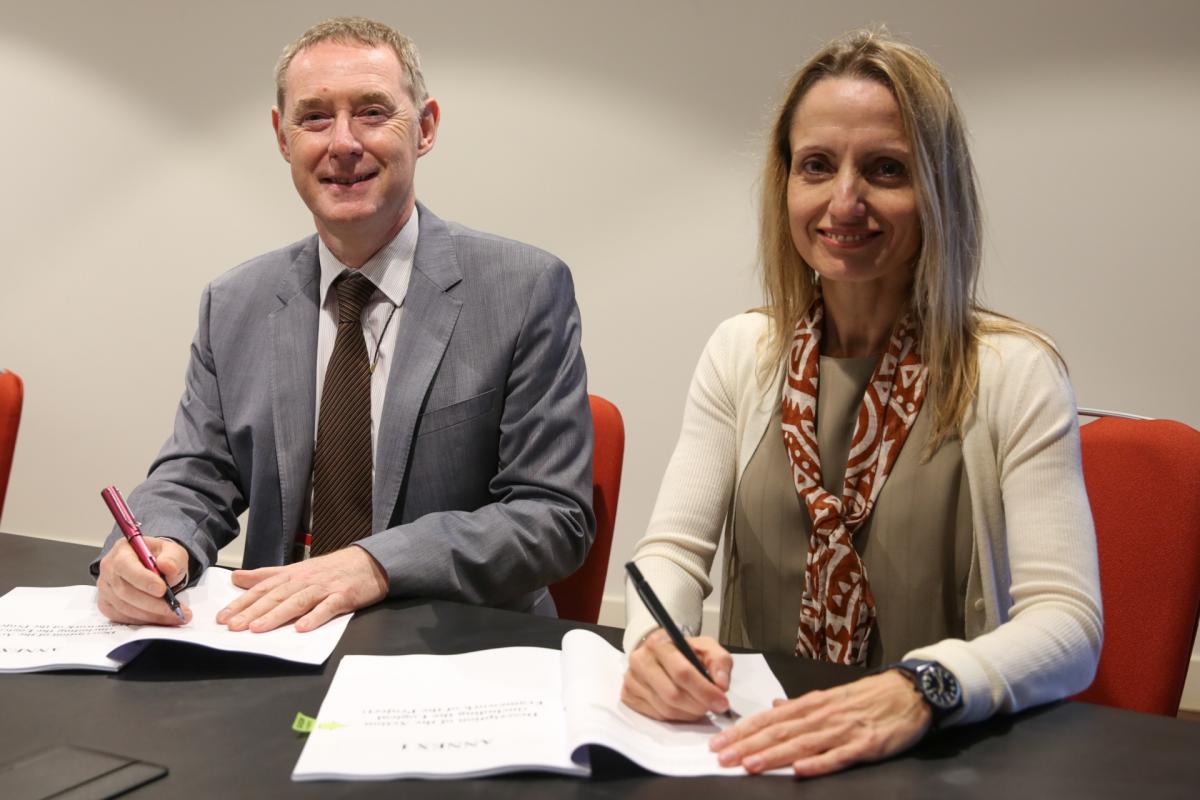 To mark the opening of the 28th Meeting of the Parties to the Montreal Protocol in Kigali, the Ozone Secretariat, Executive Secretary, Tina Birmpili, and the EU's Head of Delegation, Philip Owen, signed an agreement for a financial contribution of €250,000 from the Commission to the Secretariat's activities related to hydrofluorocarbons (HFCs) up to the end of 2017.

The funding will allow:

From the start, the European Union has promoted an HFC amendment of the Montreal Protocol. With this funding the European Commission continues its support towards efforts to phase down HFCs, which will contribute to mitigating climate change.

Executive Secretary of the Ozone Secretariat, Tina Birmpili, stated that "this contribution to the Secretariat facilitates important work on HFCs. It also demonstrates a sincere commitment by the European Commission to ensure a transparent and inclusive process."