The theme for World Ozone Day 2018 to be marked on 16 September is:

Keep Cool and Carry On

The theme is accompanied by the tagline:

The theme for World Ozone Day 2018 is a motivational rallying call urging all of us to carry on with the exemplary work of protecting the ozone layer and the climate under the Montreal Protocol. The theme has two connotations – that our work of protecting the ozone layer also protects climate and that the Montreal Protocol is a “cool” treaty, as exemplified by its outstanding success.

Everyone is invited to join us in keeping our planet cool and celebrating the Montreal Protocol’s success in protecting the ozone layer and its contribution to combating climate warming by phasing out nearly 100% of controlled ozone-depleting substances that are also potent global-warming gases. In addition, ozone protection efforts have significantly contributed to the mitigation of climate change by averting an estimated amount of more than 135 billion tonnes of carbon dioxide equivalent emissions, from 1990 to 2010.

The Montreal Protocol is poised to contribute even more to the fight against global warming through the Kigali Amendment, which will enter into force on 1 January 2019 and is expected to avoid up to 0.5°C of global warming by the end of the century, while continuing to protect the ozone layer.

Read story on the theme - Keep Cool and Carry On: Protecting our ozone layer and climate on World Ozone Day

Theme and tagline in the six UN official languages

Keep cool and carry on 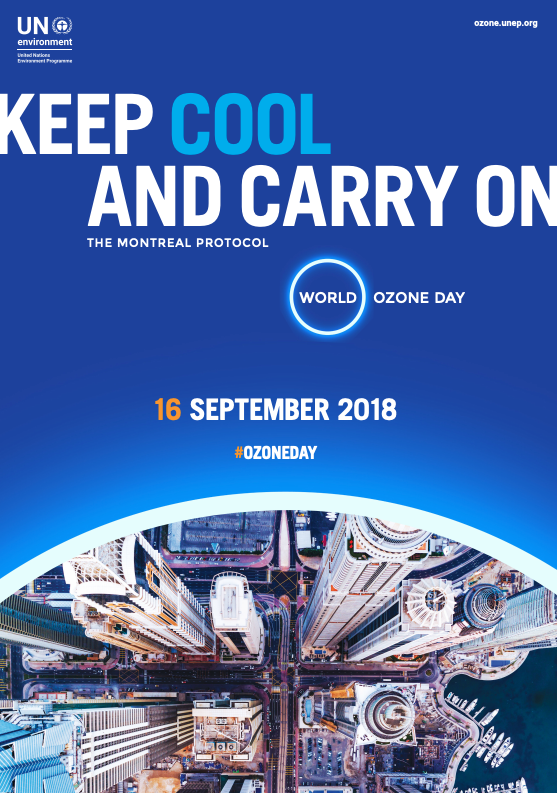 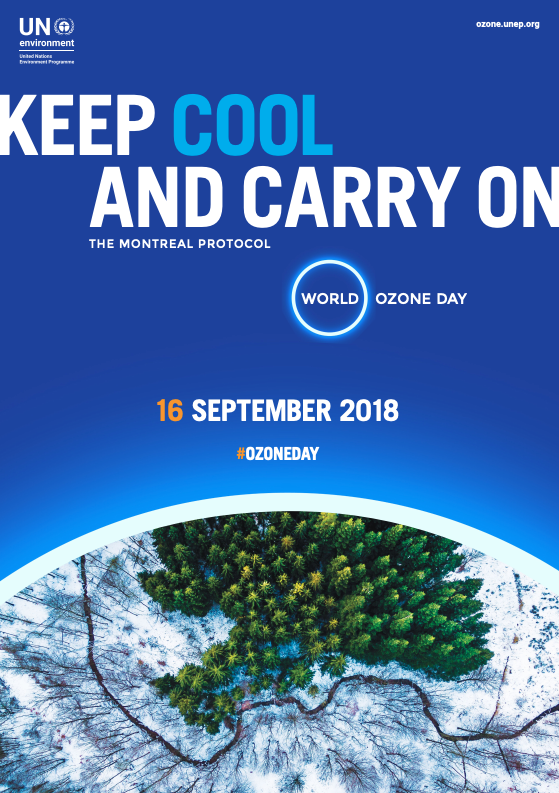 Be cool and save the ozone layer